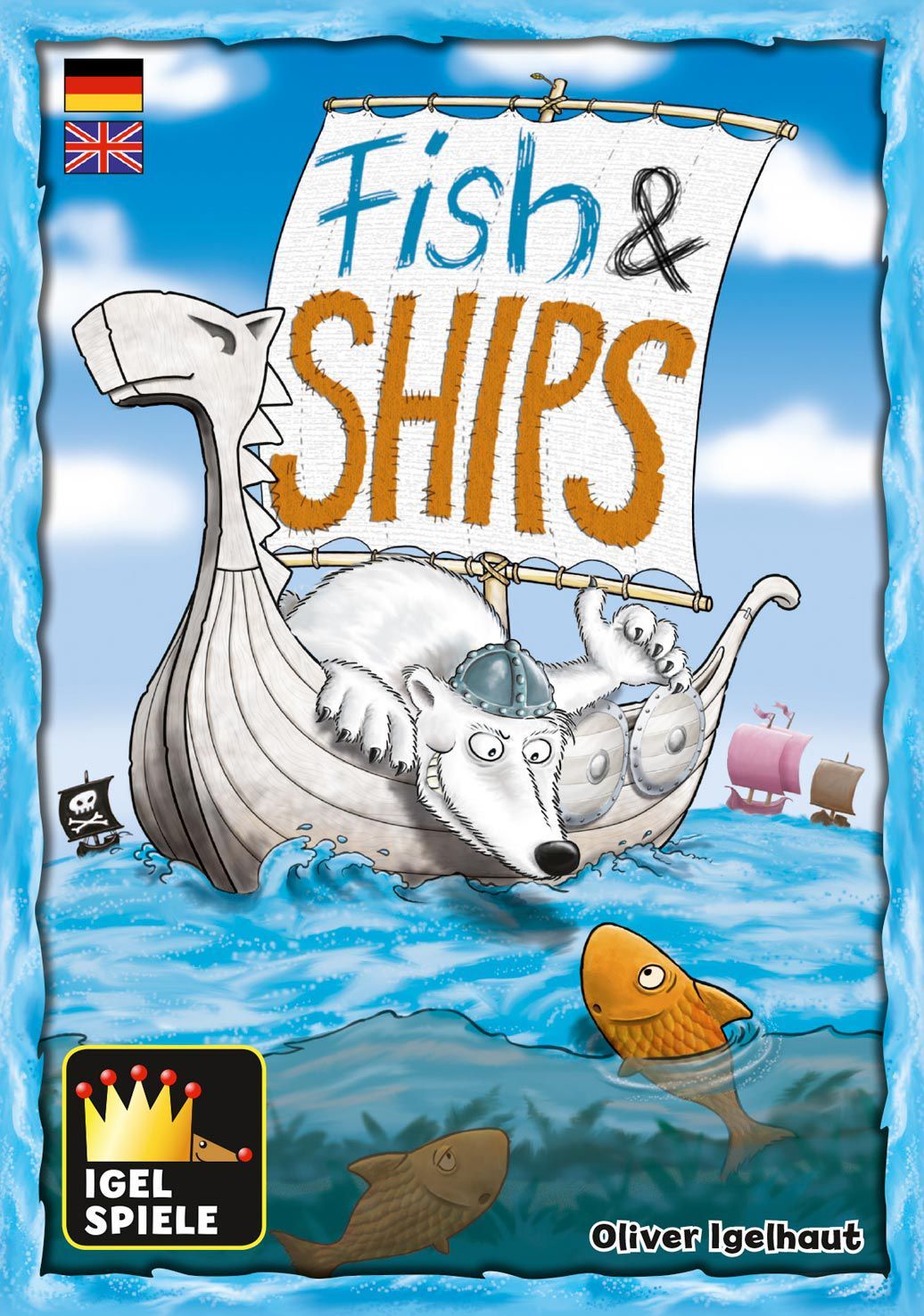 Cast off and set sail for the fishing grounds in Fish & Ships! No one knows which ships you’re betting on to bring in the biggest haul, but at the same time, you’re in the dark as to what the other fishermen are doing, too.

At the start of the game, each player receives seven cards from a deck of 28, with each color appearing four times. Players simultaneously pass one card to the left. The four colors of cards match the colors of ships that start in the harbor. Six cards are shuffled and laid in a row from the harbor, with each card having 0-3 fish. Each player starts with one resource cube, and 15 journey tiles are shuffled and laid face down.

On a turn, you announce that you’re revealing 1-3 journey tiles — gaining a resource cube if you say 1 and paying one if you say 3. You then reveal those tiles, then move one of the ships depicted on one tile one space forward. (Alternatively, if you reveal the pirate tile, all other players must discard a resource cube.) Instead of revealing tile, you can discard one of your cards in hand face down to move one ship forward or backward one space. You cannot move a ship to the final space this way. If fewer than four tiles are face down at the start of your turn, place them all face down, shuffle them, then continue.

When a ship reaches the final space, the game ends. Each player then reveals their cards, and each card is worth as many fish as the space occupied by the ship of the same color. Whoever has caught the most total fish wins!