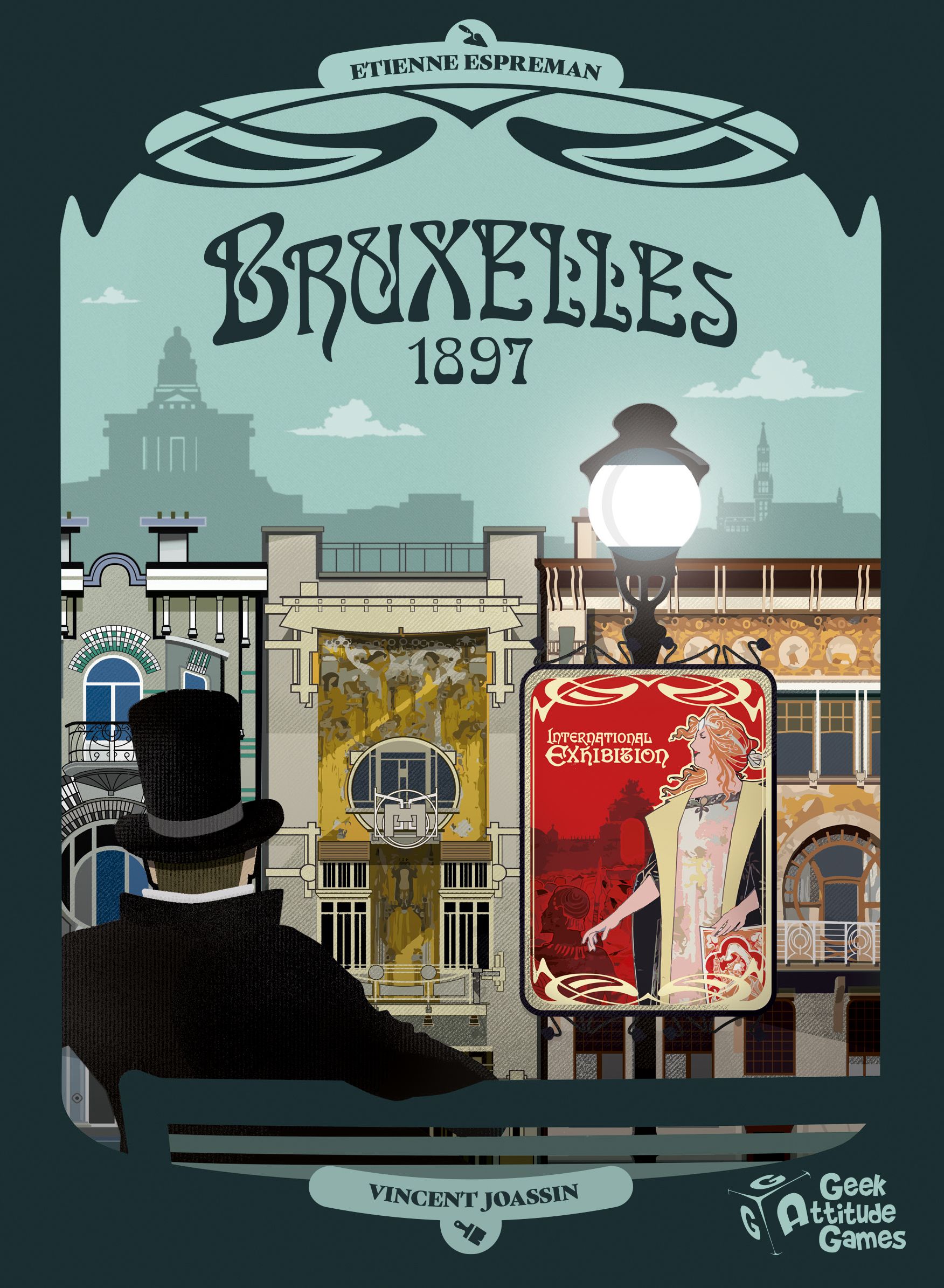 In 1897, Art Nouveau is taking over the streets of Brussels as the World’s Fair opens its doors. The time has come to cement your name in the History of Art. To achieve all of this, you must construct magnificent buildings, create, sell and exhibit works of art, and shake hands with the city’s noblemen.

A game of Bruxelles 1897 is played over 4 rounds. A round consists of a variable number of turns. In this version, the different actions are represented by Action cards which are aligned in 4 columns.

At the beginning of the game, each player has 5 Architect cards in hand. These cards have different values on them, ranging from 1 to 5, and you’ll use them to perform actions in the Art Nouveau and Brussels areas.

To perform an action in the Art Nouveau area, you must replace one Action card by one of your Architect cards and pay the latter’s value. Actions in the Brussels area are free but they require an increasing number of Architect cards to activate, and you risk one of them being sent to prison. The different actions score you victory points throughout the game or help you to advance on the different tracks. These tracks also score you points at the end of the game, depending on the strategies you choose to adopt.

When all players have passed, the round ends. Now, the different majorities are calculated. At the end of the round, the position of the Architect cards in the Art Nouveau area determines the majorities, which in turn grant bonuses and/or victory points.

At the end of the fourth round there is a final scoring phase. The player with the most points is the winner.