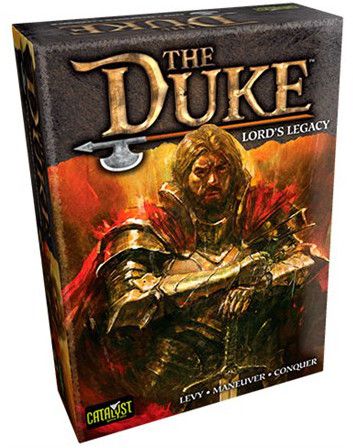 In The Duke, players move their troop tiles around the board and flip them over after each move. Each tile’s side shows a different movement pattern. If you end your movement in a square occupied by an opponent’s tile, you capture it. Capture your opponent’s Duke to win!

The Duke: Lord’s Legacy is a new edition of the game that changes none of the game rules, but instead features upgraded packaging, a re-written rulebook, the complete eight-tile Arthurian Legends expansion, and five new tiles!