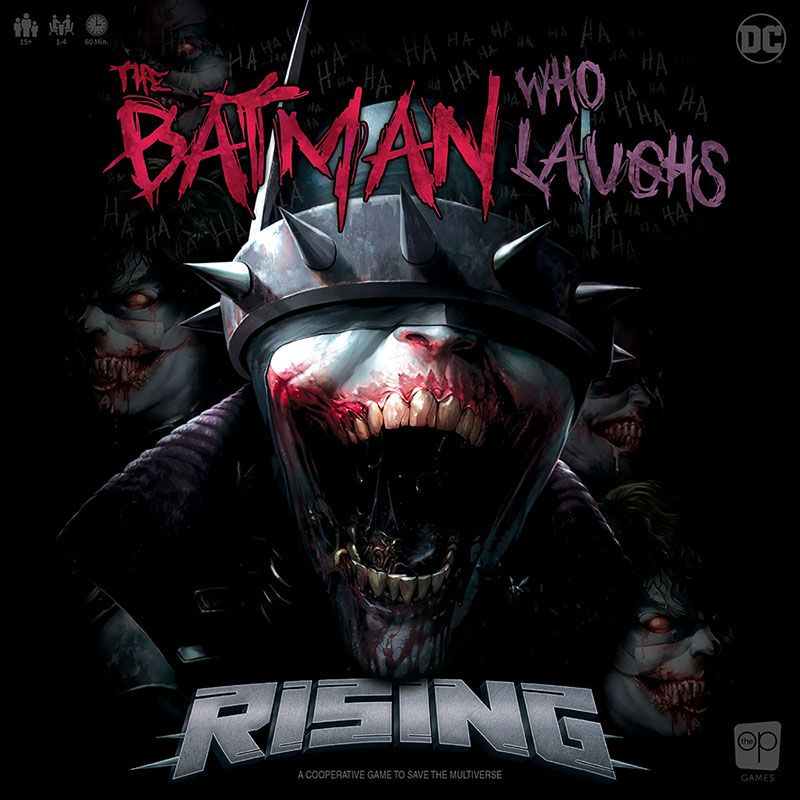 From the Dark Night Metal comic series, the evil hybrid of Batman and Joker — The Batman Who Laughs — is determined to unleash the Dark Knights and Barbatos on Prime.

In The Batman Who Laughs Rising, a passage from the Dark Multiverse has allowed the most dangerous evildoers to infiltrate Gotham City, and these Dark Knights alongside their menacing leader are eager to do their worst to the city.

Players roll dice and work together to save the multiverse, starting with one of four starting heroes — Wonder Woman, Green Lantern, Hawkgirl, or Batman — and recruiting allies such as Harley Quinn, The Flash, and Cyborg, whose skills can complete objectives or help recover what is lost to darkness. Take out villainous versions of Batman such as The Merciless, The Dawnbreaker, The Murder Machine, and more before facing off with the psychotic Joker-ized antagonist himself, who’s represented by a custom-sculpted, full-color figure who commands a fistful of chained Evil Robins!