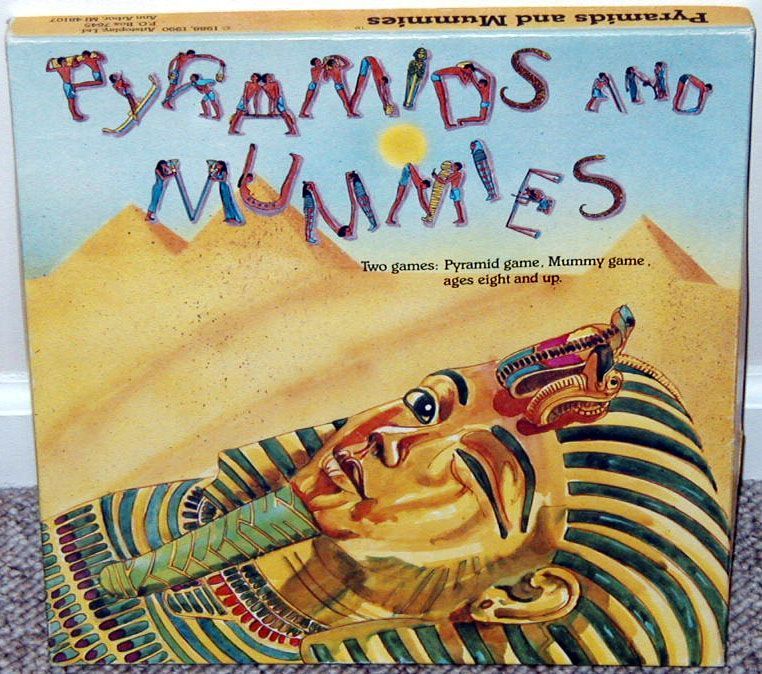 The box contains two different games: The Pyramid Game and The Mummy Game.

The Pyramid Game is a cooperative game in which players decipher messages in cryptic rebus writing and work together to build a pyramid. In The Mummy Game players compete to be the first to reach the mummy chamber by following the hieroglyphic path and interpreting rebuses.