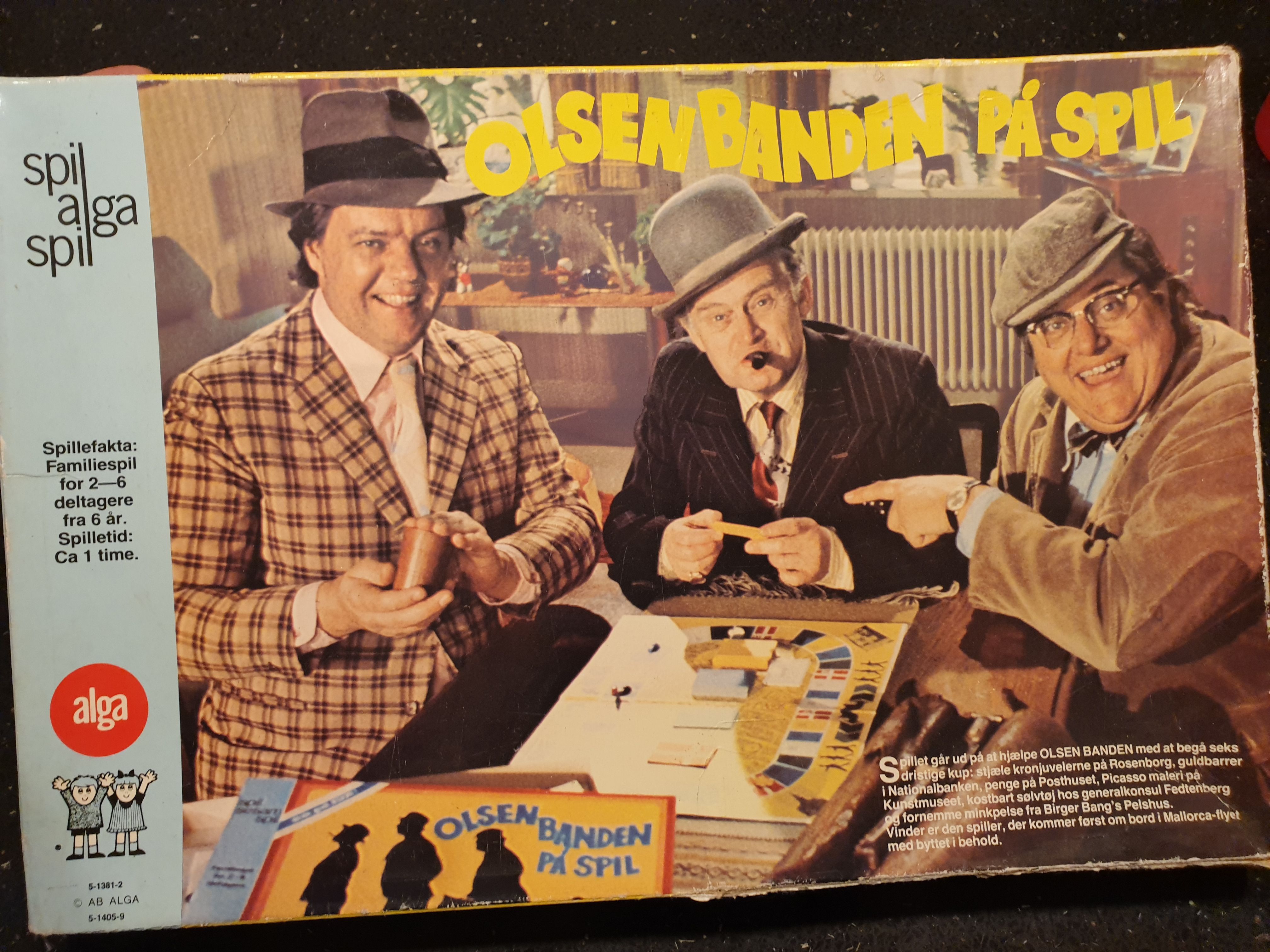 Olsenbanden (The Olsen Gang) is based on a series of comedy movies about a gang of robbers who always try to score the big coup and flee to Mallorca, Spain, but in the end they always fail. These films were a big success in Denmark in the 70’s and 80’s, and this game from the last half of the 70’s tries to capture the atmosphere and humor from these films.