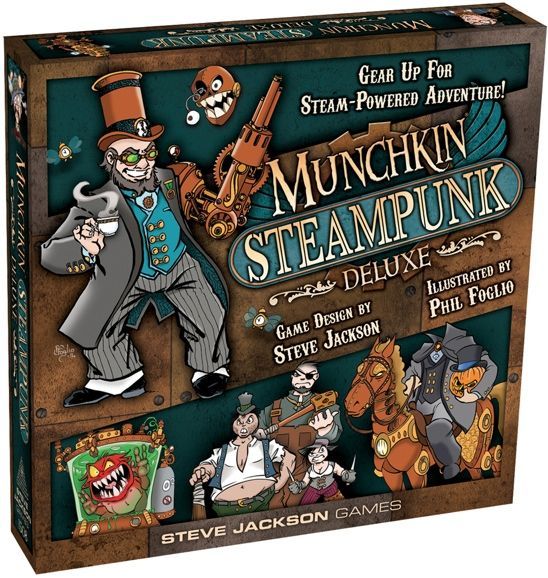 Munchkin Steampunk Deluxe adds gears, goggles, and steam-powered robots to the backstabbing and goofy humor of the long-lived card game Munchkin, a game in which you kick down doors, battle monsters, gain treasure, and try to reach level ten before anyone else.

Munchkin Steampunk Deluxe is a standalone game, but it can be integrated with any Munchkin game or expansion.