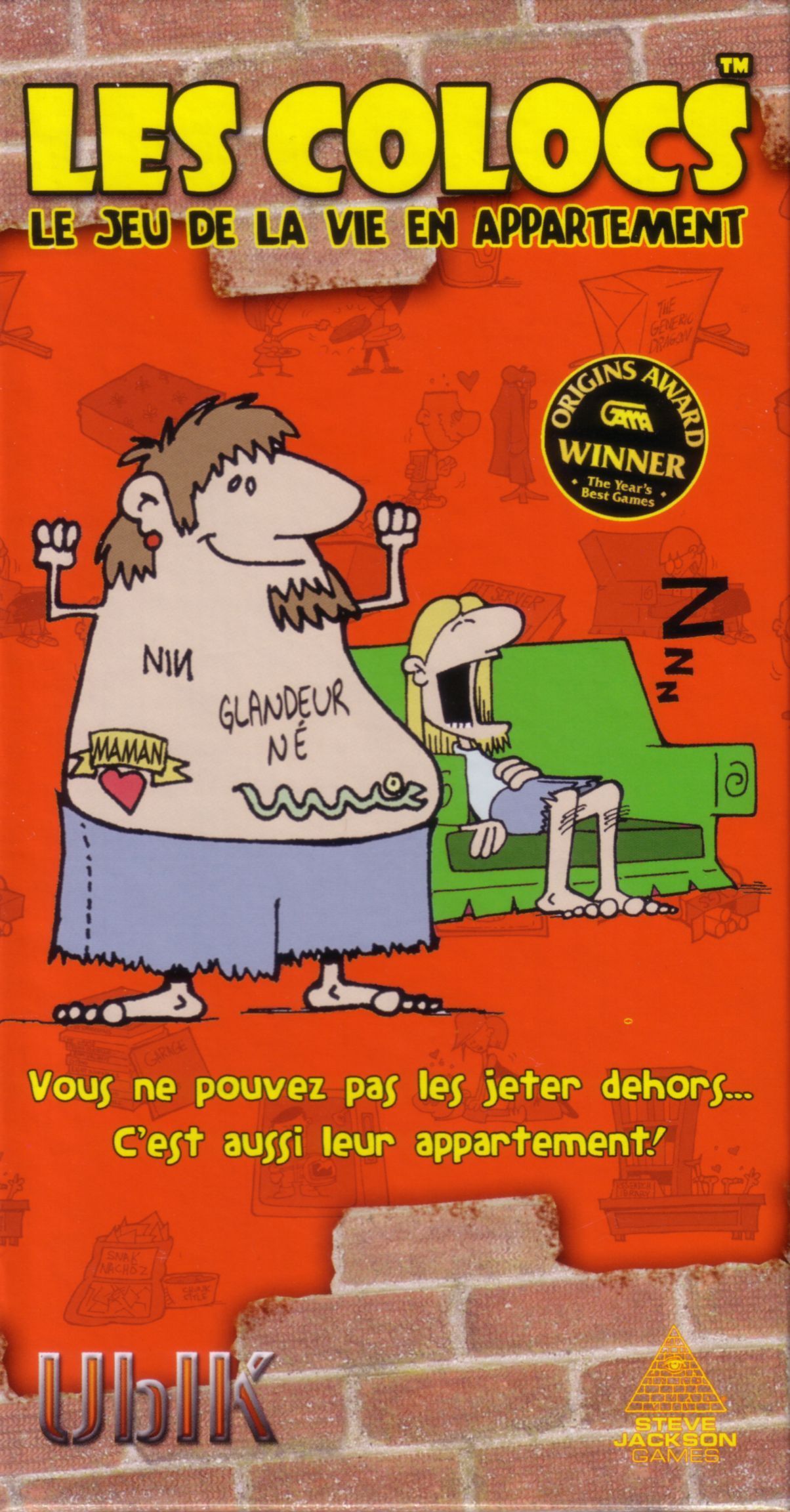 In this light, humorous, and fast-paced card game that parodies geek culture and co-habitation, players are roommates just trying to get through life with as little work as possible.

At setup each player is dealt a Job card which lists their free time, income, a special ability that they possess and their Slack goal. Players are also dealt five Life cards. The space directly in front of a player is their Room, where cards will be played during the course of the game. Slack can be represented using any available chit or counter, but every player begins with a Slack total of zero.

Players take turns as follows:
-Draw Life cards until they have six in hand. (NOTE: Some Jobs vary this to five or seven cards.)

-Make “variable” rolls. Some Job cards have variable free time or income; their values for this turn are decided in this phase (rolling a 1-3 gives them the first amount; rolling a 4-6 gives them the second). If there are any “uninvited” people in a player’s room, he or she may also roll to “get rid of” them (by rolling a 4, 5 or 6) and either send each such person to another room or discard them (if they cannot be played to any other room).

-If any of the player’s in-hand Life cards are green Person cards, they may roll to “call” the person to their room. A successful roll (3-6) gets them invited in; otherwise, they are discarded. Some people are “uninvited” (causing bad things to happen), and may be placed without a roll in any player’s room. (See above for “getting rid of” these people.) Pet cards, such as Cats (which don’t require a roll to enter a room) and Dogs (which may or may not need to be “called”) can also be played in this round.

-For each unit of free time the player’s Job card gives them, they may perform one action (play a red Activity card) or go shopping (play any number of blue Thing cards). Some of these cards may have a cost; the total cost for all cards played in a round cannot exceed the income given to them by their Job card. (NOTE: Free Time and Income may be modified by certain Whenever cards played on the player by themselves or other players.)

-At the end of a turn, if a player has more than five cards in hand, the player must discard cards until they have five or fewer. If desired, players can discard all the way down to one card. (NOTE: It is also legal for a player to play ALL the cards in their hand and have NO cards at the end of a turn.)

-Additionally, some Life cards are orange “Whenever” cards which can be played at any time.

-Activity cards and Thing cards typically list a Slack value which is added to the player’s Slack total, though some have random Slack totals and some have Slack totals which vary during the game. TV Activity cards and some Whenever cards can be used to cancel cards as they are being played, and some cause previously-played cards to be discarded. Some cards add or subtract Slack from every player’s total, while others cause a player to change their Job card (and hence Slack goal). Many cards alter the effects of other cards.

The first player whose Slack total equals or exceeds their Slack goal is the winner.