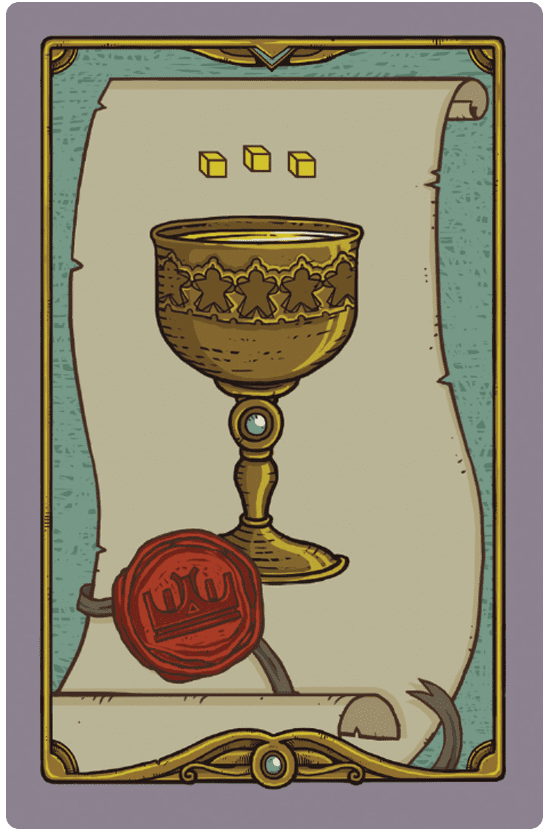 From the November 2016 Man vs Meeple Kickstarter Campaign.
Also released as part of the Promo Paradise Kickstarter campaign (2019)

This merry Royal Writ Mandate card lets you draw 3 sulfur goods from the haversack to place in your wine barrel and/or your personal supply. Return the card to the bottom of the Royal Writ deck after use.