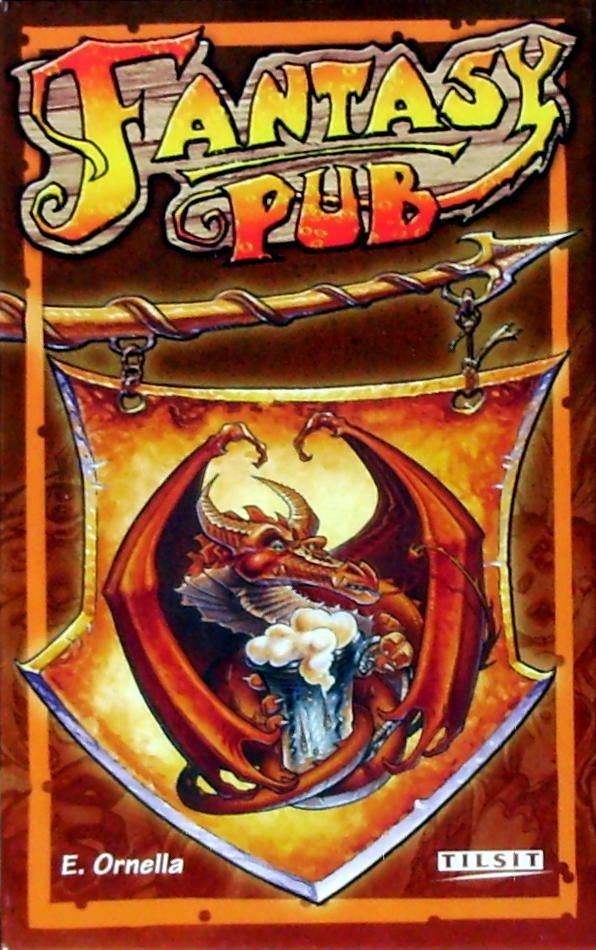 -from the back of the box:

“Welcome to Fantasy Pub !!
In this special – ill fame – Pub you will direct Hobbits, Dwarves, Warriors and Orcs in a very hot night-party!
Everyone has money to spend and wants to drink really good beer! You will move around tables, have a stop at the bar, meet friends and dangerous guys. Drink beers and try to leave before you have wasted all your money, or the bouncer will immediately throw you out of the Pub!”

The goal of the game is for your Fantasy Characters to move from table to table, drink beer (collecting points for doing so) and leave the Pub before they are either completely drunk or lose all their money!

The 4 types of characters each have Special Character Skills (except the Warrior), and are ranked in strength. Stronger characters get beers bought for them by weaker ones.

Hobbit – weakest, but filches coins from the tables.

Dwarf – The 3rd strongest, can move either direction around the Pub.

Warrior – No special skill, but almost as strong as the Orc.

Orc – His skill is a disadvantage. He leaves a coin each time he leaves a table. But he’s
the strongest, so he always gets beers from the weaker characters. And never has to
buy them any beers!