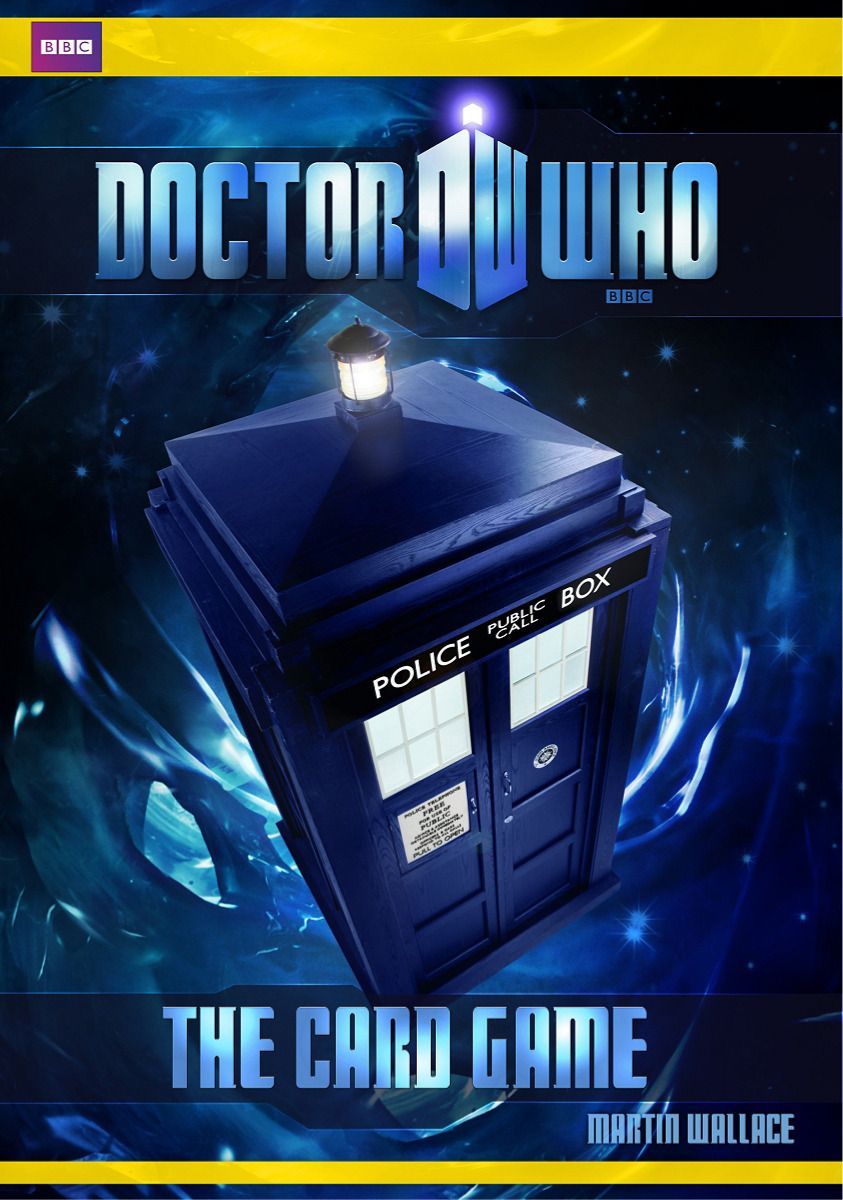 Game description from the publisher:

Daleks, Cybermen, Sontarans – The list of threats is endless and no place in the universe is ever truly safe from danger, but there is one man who has made it his mission to defend the defenseless, help the helpless, and save everyone he can: a mysterious stranger, a force of nature who has seen his own planet die, a madman with a box.

In Doctor Who: The Card Game, players act as the Doctor and his companions to defend specific locations while sending the Doctor’s enemies to conquer locations your opponents are trying to protect. Each player starts the game with one location, and cards in the deck consist of attackers, defenders, locations and support cards. To start a turn, you draw two cards, pick up any cards banked from a previous turn, and take the three cards passed to you earlier by the player on your left. You play or bank cards until you have only three in hand, then pass those to the player on your right and end your turn.

Attackers target specific locations and earn points for the player wielding them if they’re in play at the end of the game. Defenders try to remove attackers so that the location owner scores points for protecting the location. Support cards provide different abilities, such as enlarging your bank or providing time points (which can be used to draw additional cards). Whoever has the most points at the end of the game wins!