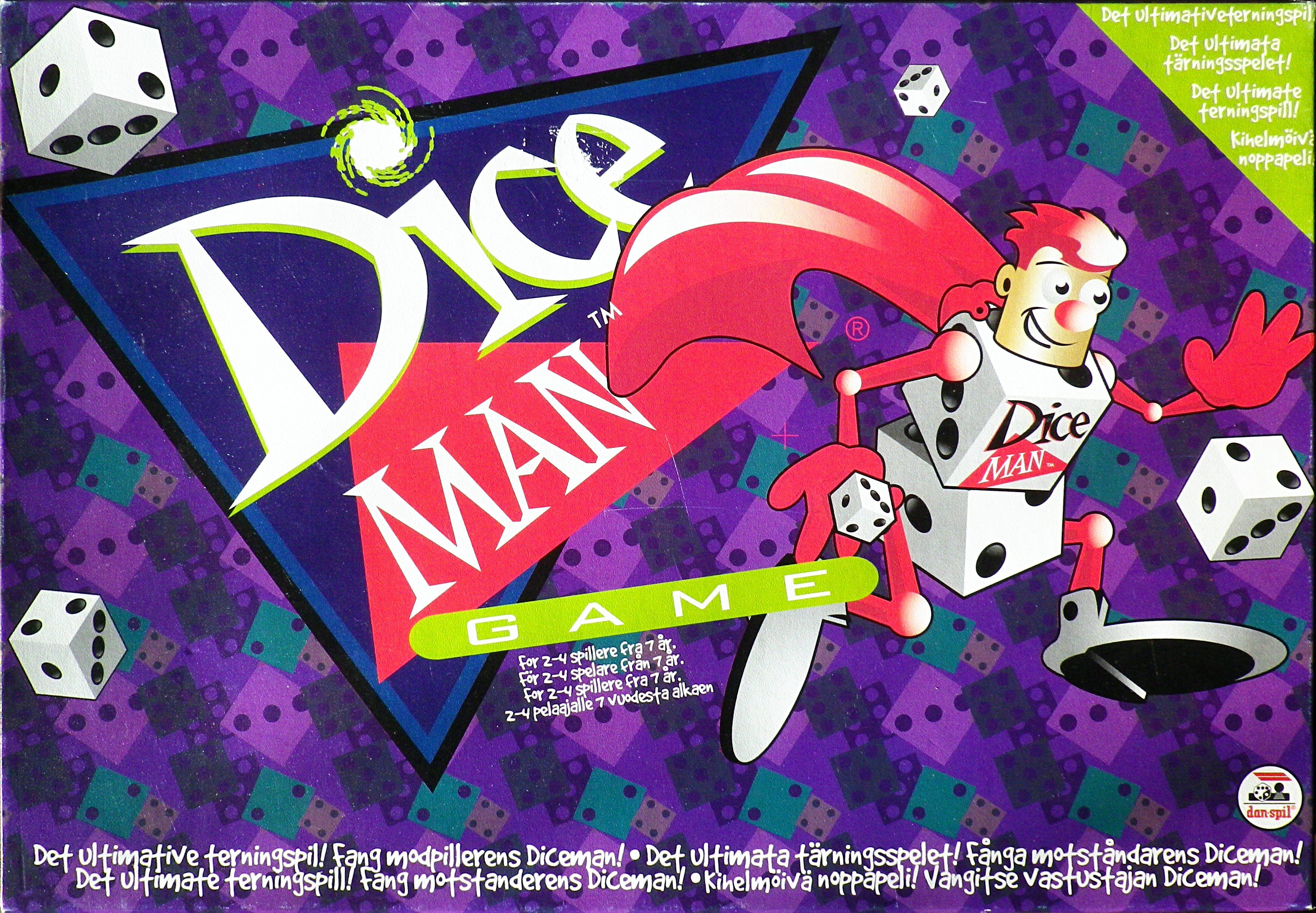 Diceman is played on a square grid of 17×17 spaces with 4-way symmetry. Each player deploys one “Diceman” pawn and eight dice of their colour on one side of the board. The dice are rolled to randomly determine their values.

A player starts off their turn by rolling a separate white die. If they have a die on the board matching the result, they must move one such die that many spaces; otherwise they must move their pawn one space. Dice can knock each other back to their starting positions by landing on them, or they can take a player out of the game by landing on their pawn. When a die has moved, it is changed to another random value.

The goal is to send your dice into enemy territory and be lucky enough to strike at a Diceman before its owner is lucky enough to knock your die back home using any defending dice. Such raids can be facilitated by special spaces that allow a piece to teleport across the board or to be safe from attack. With more than two players, the game is a free-for-all and ends when only one Diceman remains.

A variant rule suggests that the game should be played for a set period of time (20-60 minutes) after which the player wins whose dice are showing the greatest total. Since dice are never removed from the game and their values are continuously re-randomized in a way that is largely beyond player influence, this effectively means the winner of the game is chosen at random among the remaining players.