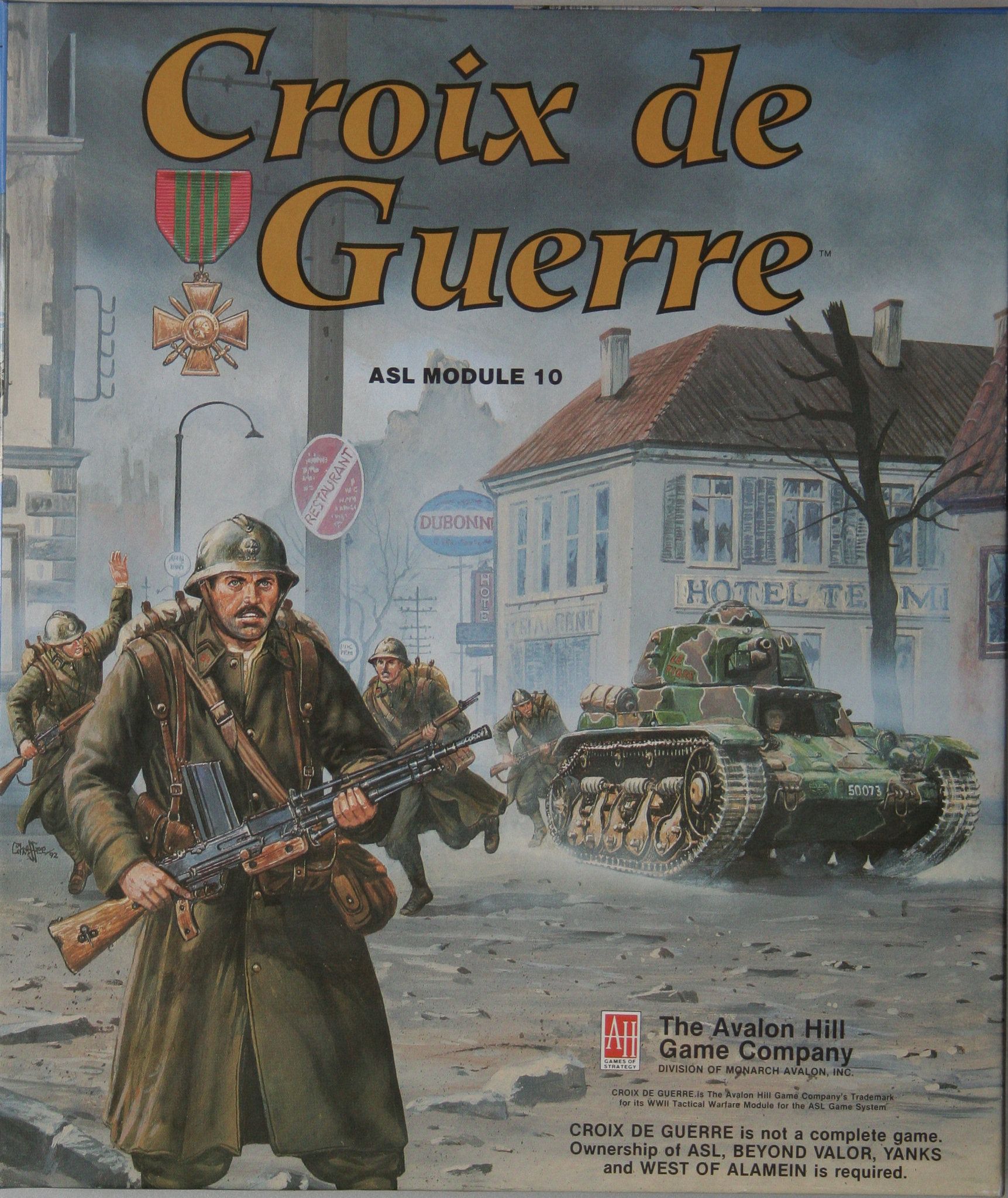 Tenth module for Advanced Squad Leader system, adding the French in 1939-40 as well as the Vichy French in later years.
Requires ASL, Beyond Valor, Yanks and West of Alamein to play.

Compared to the old Crescendo of Doom gamette, CROIX DE GUERRE offers greatly expanded coverage of the French, in terms of both counter types and historical research. Contained herein is not only the entire ASL order of battle (all personnel, weapon and vehicle counters) for the French in 1939-40, but also that of the subsequent Vichy regime’s overseas colonies, plus many extra counters for equipment used by the Free French but never included in YANKS or WEST OF ALAMEIN.

Enclosed as well are two new mapboards (#s 40 and 41), one new sheet of building, stream and open-ground overlays, eight revised rulebook pages for Chapters A, B and F, eight new scenarios, and the usual detailed Chapter H historical and Design-Your-Own information (including many facts never before published in the English language).

Last but not least you’ll find the Chapter N divider, which contains both an updated Sequence of Play (incorporating Chapters E, F, G and O) and a standardized “check list” of pre-game functions for printed and DYO scenarios.