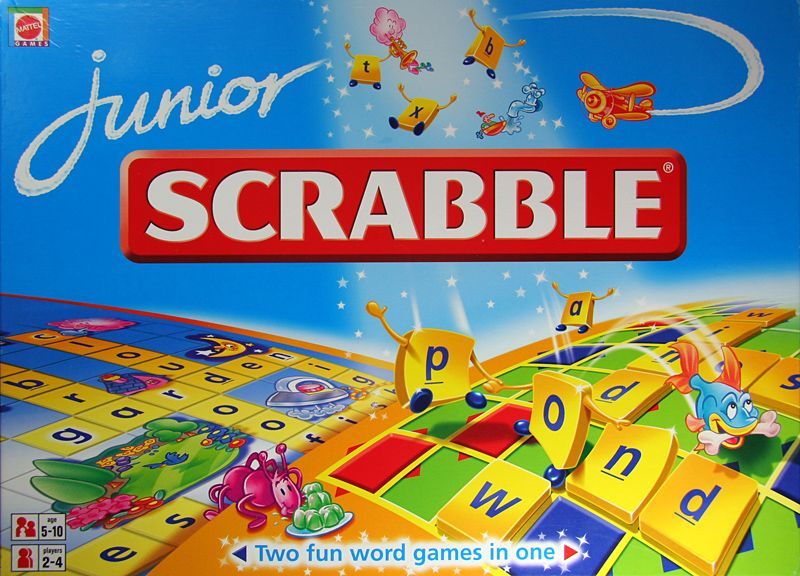 This is a version of Scrabble for players aged 5-12 featuring a double-sided board. The introductory version resembles more a crossword puzzle in which all the possible words have already been spelled out. This is an aid to learning about spelling. Points are earned by completing words. The reverse side is an entirely blank grid [1], leaving players to come up with their own words. A point is earned for each letter placed. Letters are formed from cardboard tiles and do not have values.

Originated in 1958 by the Production & Marketing Company who followed it in a second edition in 1964. Third edition by Selchow & Righter appeared 1968. Fourth edition?