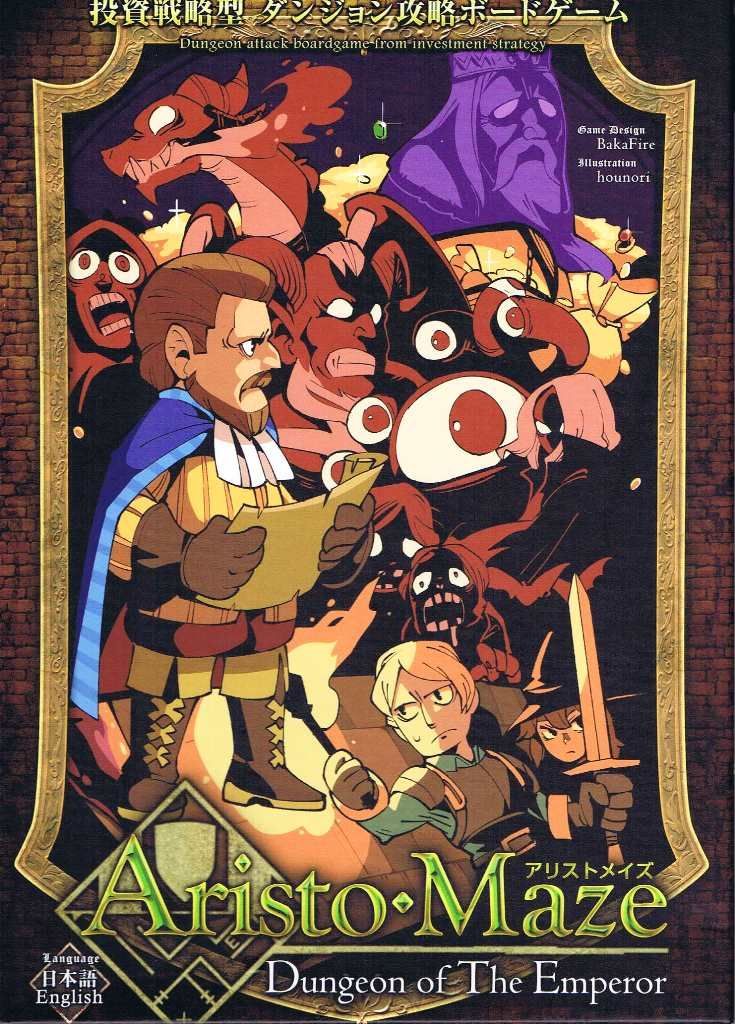 Legends are that a long time ago an emperor built a secret catacomb that housed all the treasures that he had collected. No one knew where this catacomb lay, and it remained as such until three hundred years later when the news of its discovery was delivered by the Imperial Capital to the public.

In Aristo-Maze, players are influential aristocrats who are now given the chance to seize some of the legendary loot for themselves. You must hire teams of adventurers and send them into the dangerous trap-filled catacombs to bring back your fortune. The game is played over three rounds, with each round following these phases:

Whoever is able to gain enough VPs from surviving their encounters is victorious!