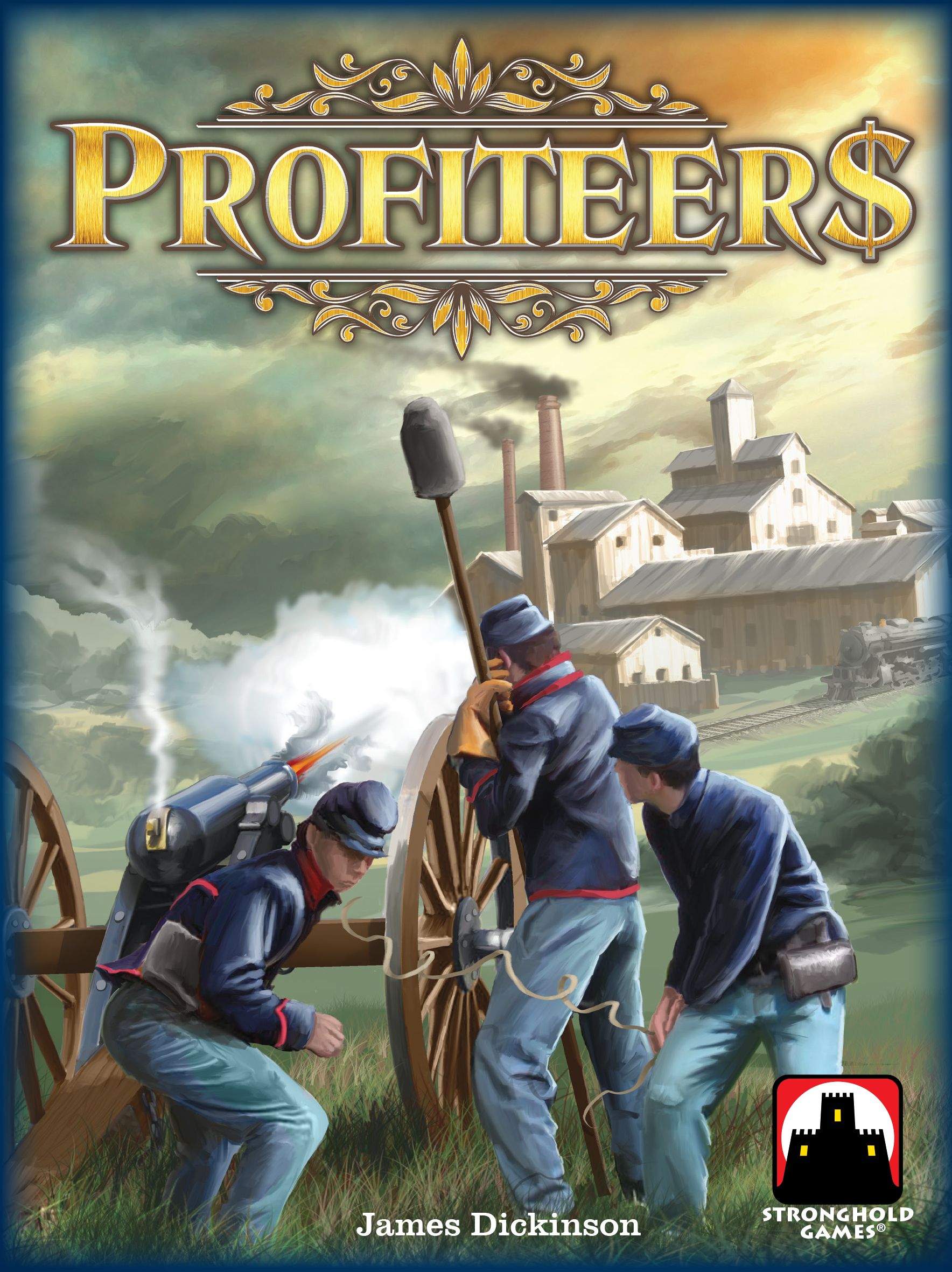 It is 1861, and the USA is wracked in Civil War. Great issues are at stake — slavery, states rights, the preservation of the Union — but as a British arms manufacturer, you don’t care!

As a profiteer, your aim is to make as much money as possible by supplying the troops needed to fight the war with your factories and by speculating in the bonds issued by the Confederacy and the Union to finance their war effort.

Profiteers is a strategic speculation game. Players seek to accumulate gold and bonds (the value of which varies according to the progress each side in the war). Players can choose to invest money in arms factories, which give them more bonds and greater influence over the outcomes; simply speculate; or buy up businesses such as coffin makers and hope for a bloody and prolonged conflict. Ultimately the only thing that matters is the final amount of cash in hand when the war ends.

The game lasts between three and seven turns, in each of which players first make their investment and production decisions, and then (in reverse order) contribute troops to the outcome of one of the great battles of the US Civil War. The battles are simply resolved and allow for a bit of bluff and negotiation, but they do not attempt to replicate the tactics of the conflict. Those looking for a simulation of “Pickett’s Charge” at Gettysburg should probably not buy this game.

The game is fast paced and highly interactive as the ability to anticipate or influence other players’ strategies is crucial to victory. A long game (where the war is finely balanced and lasts the full seven turns) can take up to 45 minutes; shorter conflicts are finished in less than half an hour.