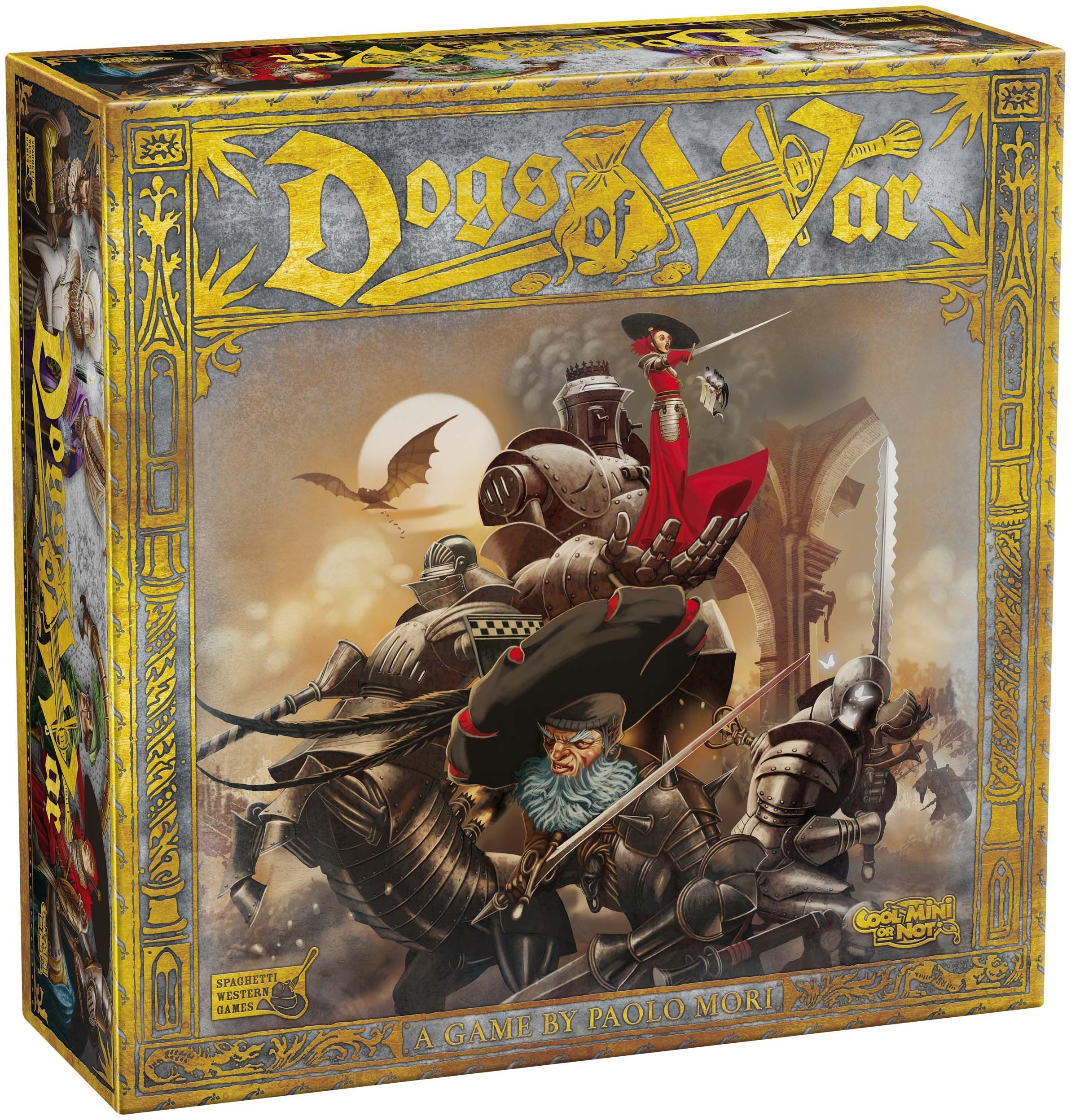 Dogs of War is an elegant game set in a steampunk-influenced renaissance universe. Noble houses engage each other in a series of fierce battles, and it’s up to the players and the Dogs of War they control to deploy their private armies in support of whatever house they wish to favor. Clockwork knights and imposing war machines shift the tides of war as they enter the battlefields, but the interest of their Dog of War captains actually lie in the rewards offered by each noble house to its supporters. Each Dog of War has a special ability that helps them claim influence, win battles, or betray the house to which they’ve sworn allegiance!

Dogs of War is not a game of pure military power, but rather a game in which deception and betrayal often lead the way to a decisive victory. The goal for the Dogs of War is to earn the most power by the end of the game. Thanks to thoughtful game design and development, there are many ways to achieve this, like defeating other captains in battle, getting rewards from the Houses you help, amassing gold and troops, and most importantly, gaining influence with the most successful Houses.