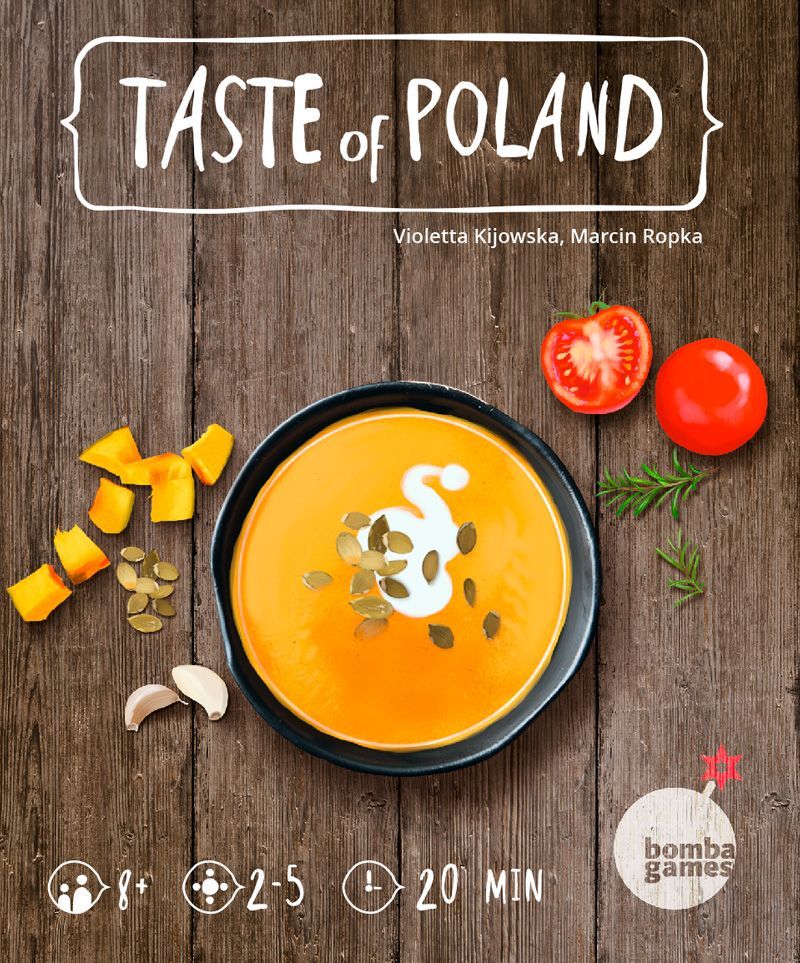 “Taste of Poland” is a culinary trip around Poland. We evoke tastes characteristic and unique to each region of the country. In this game, each of you will try to make the most meals by collecting the ingredients needed for their preparation. The player with the highest number of taste points becomes the winner and earns the title of the biggest foodie.

The game ends at the end of the turn of the active player in which the last card is drawn from the face-down deck. The remaining inactive players may prepare the dish depicted on the card played in this round by the active player, provided that they have the necessary ingredients at their disposal. The game ends after the turn of the active player is over. To calculate the final score, each player sums up the Taste Points from the dish cards (prepared dishes) collected in his or her score pile. Additionally, players receive 1 Taste Point for each full meal consisting of 3 different types of dishes.