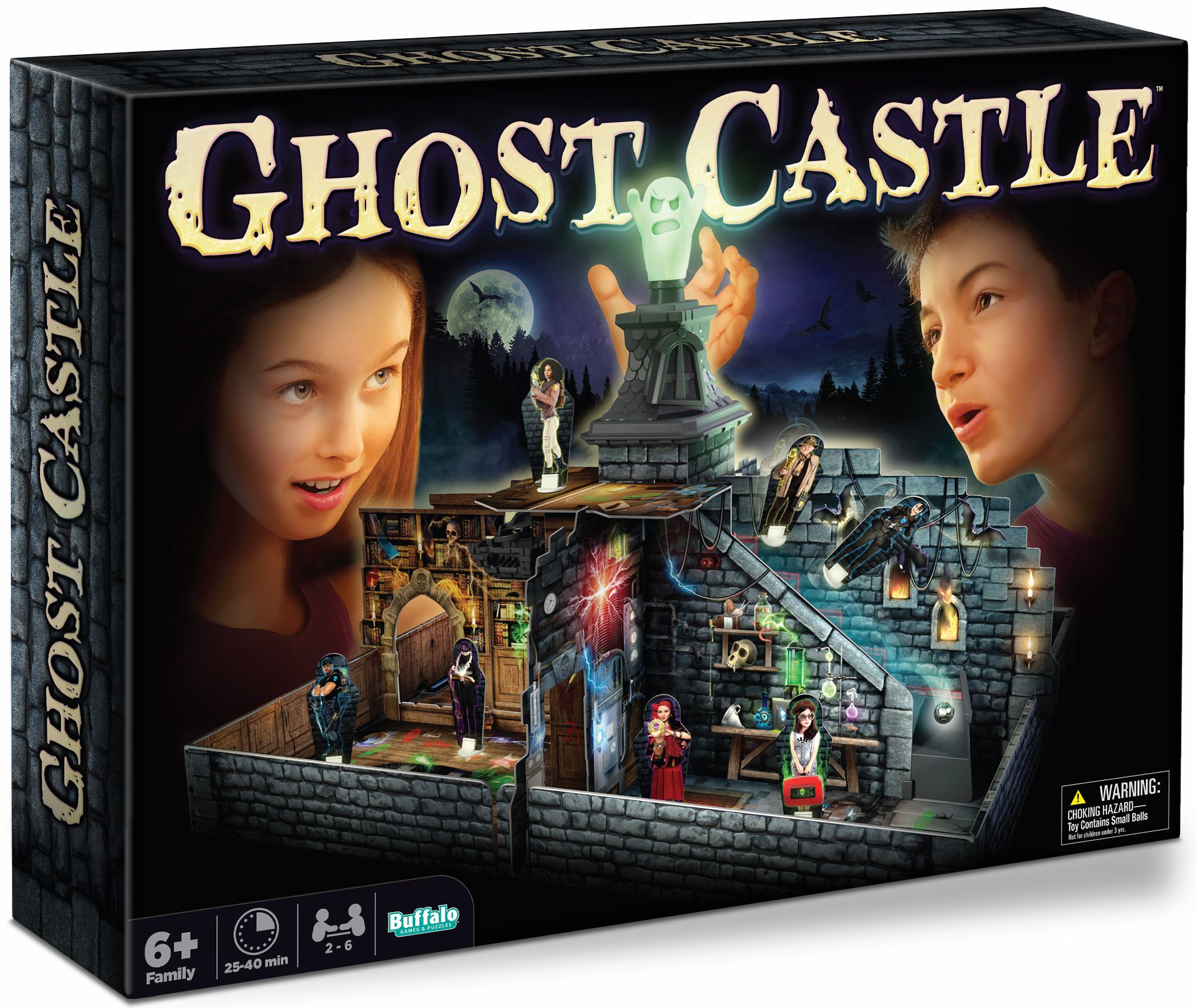 Classic three dimensional haunted house race game from the seventies. Players move their pawns around the board trying to be the first to escape the house. Along the way players draw cards that either: a) turn you into a mouse (can’t move), b) turn you back into a child if you are a mouse, or c) have you drop the “whammy” ball down the chimney. The whammy ball comes out in one of the four quadrants of the game board and makes something move (witch’s broom, secret door, etc.). If a player’s pawn (or mouse) is hit by the ball or moving object it is sent backwards to a “safe” spot. Ages 6 – 12.

Which Witch came out in two editions: a large box version in 1970 with an unfolded board, and a narrow box edition in 1971 with a folding board.

Finnish version known as Kummituslinna did not use cards for events but came with wheel you spin around. Kummituslinna had high quality plastic tower and staircase instead of cardboard.

Italian version of the game was published by MB and it was called “Brivido!”. It came with a plastic central tower and a phosphorescent skull instead of the ball. Also, the plastic “scared guy” markers glow in the dark and the cards are replaced with a spinner (the Greek version also came with the glowing skull and the spinner).

Hungarian version of the game is known as “Szellemkastély” and also came with a plastic central tower, a wheel instead of cards and a skull which glows in the dark.