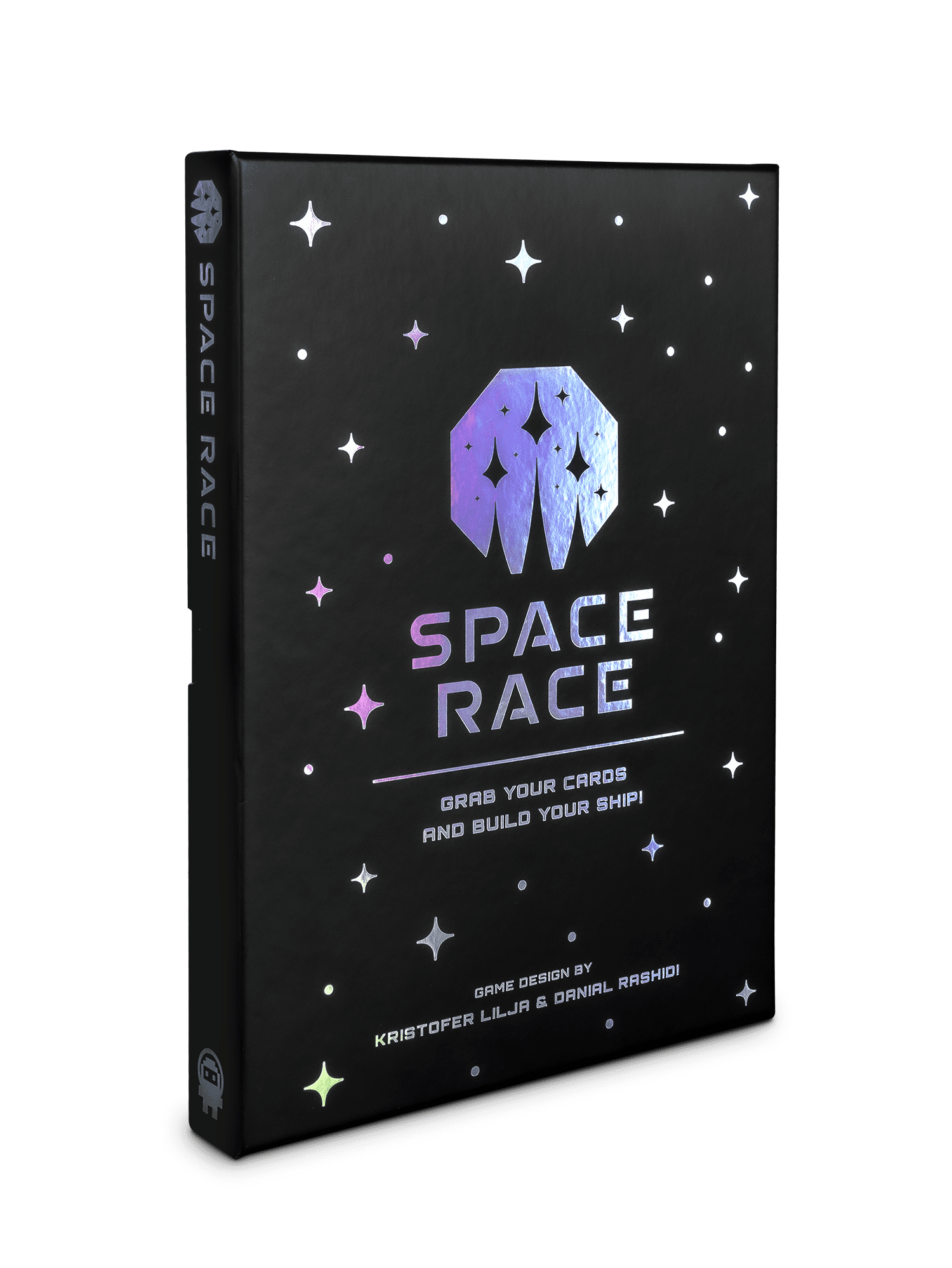 Grab your cards and build your ship!

Assemble your vessel with a handful of cards, an android-like poker face and extraterrestrial levels of bluff and bravado: then fly that bird back home. Face down a barrage of threats, and try not to end up as a pile of moondust. You’ll need to know when to whip out the blasters, and when to turn tail and flee: because fortune favours the brave, but there’s also no point in grabbing the best bounty if you’re too dead to enjoy it.

Space Race is a fast, fun card-drafting game in which 2–4 players upgrade spaceships, collect sets and bid against one another. The player with the most points after three rounds wins.

The game consists of 108 cards and is played with three types of cards: Parts you build your ship with, dangers you need to fight or flee from, and cards that damage your ship.

First, each player chooses a cockpit and an engine to build their ship, which they will upgrade during the game.

There are several ways to score points during the game. For example, you can collect Robot Parts. You receive 2VP for each Robot Part in your ship. Cards of the same type in your ship are stacked.

You also receive an additional 3VP for each complete robot that you assemble.

Some cards only award points while others have benefits: a Scanner, for example, lets you look at dangers ahead, giving you an advantage.

Players begin with six Space cards, and each turn you keep one card and pass along the remaining hand.

After all three rounds have been played, players’ scores are calculated. Some cards are worth VP on their own and some cards award extra VP if the card condition is fulfilled. Players also receive negative VP for every Damage card in their ship.