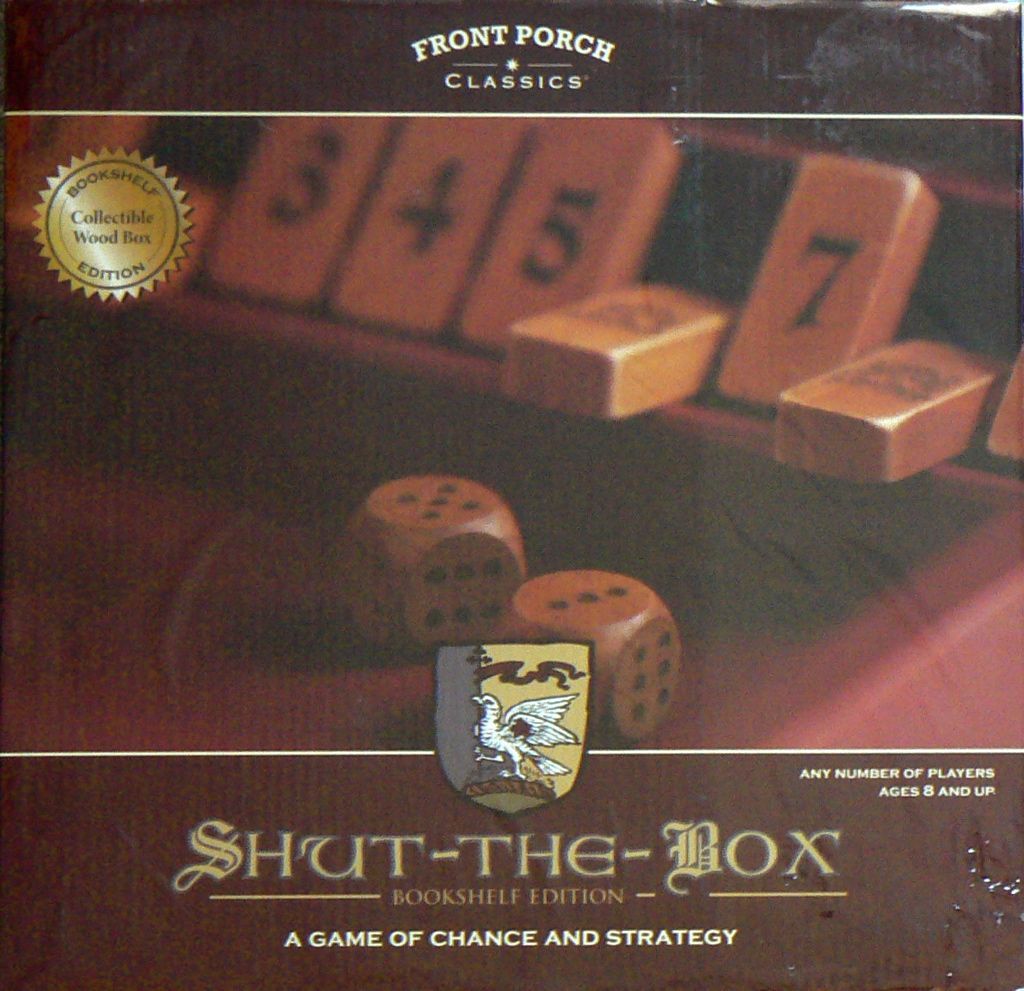 The game ‘box’ has levers labelled from one to nine. (There are also sets made with 1-12.)

Initially all the levers are in the ‘up’ position.

The first player rolls two dice. He or she then knocks down the levers as follows:

One number which is the combined value of both dice.

Two numbers whose total adds up to the combined total of each dice.

If a one and a five are rolled, the player may choose to knock down the lever covering the number six, or the levers covering numbers one AND five, or ANY other combination of numbers adding up to six.

The player continues to roll, knocking down levers each turn, until he or she cannot use the whole of the dice count because those numbers in the box have already been covered. (Note: If the 7,8 & 9 are covered, some versions let you choose to roll one or two dice. Some use that rule if the total of the remaining numbers is less than six.)

The player’s score is the total value of the numbers left uncovered (in some versions the score is instead read directly from the numbers left on the box — if the 2, 4, & 6 are left, then your score is 246). All the levers are then raised again, and play passes to the next player.

There are several methods of scoring. In the traditional pub gambling game, you add up all the levers left uncovered. The games pays out after one round (one turn per player who paid into the pool). If you manage to “shut the box” you win instantly and get double the stake from each player.

In other scoring methods, you play multiple rounds, with players adding points to their previous score. As players reach forty-five (or other set number) they go ‘bust’ and must drop out of the game. The game then ends when only one player remains in the game. He or she is the winner.

If any player knocks down ALL the levers in his or her turn, and thus ‘shuts the box’, they are automatically declared the winner!