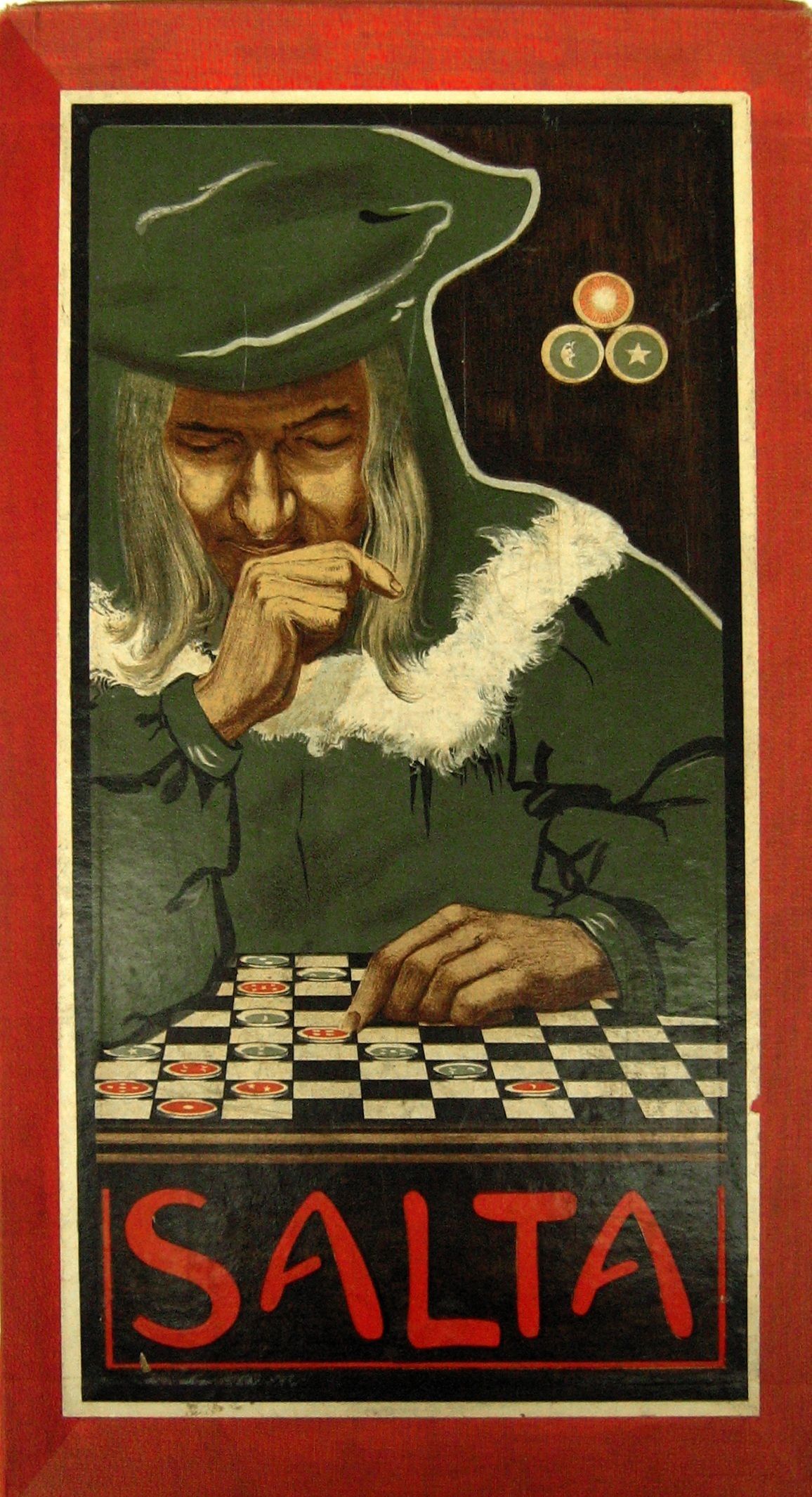 Two players sit opposite a 10×10 checkered board with a light square in the lower right. Each player has 15 unique pieces in his own color, arranged on the dark squares of the nearest three ranks. From left to right, the pieces are one through five stars (first rank), moons (second rank) and suns (third rank).

The pieces move one square diagonally in any direction to a vacant square, or must leap over one opposing piece (only opposing pieces, but without capture – there are no captures in Salta) if the square immediately beyond is vacant. Only one jump is made (no chain jumping), and missed opportunities to jump may be forced by the opponent, although a player is free to choose among several available jumps. Blockading all of the opposing pieces is not allowed, although some may be temporarily blocked as long as the opponent still has a legal move.

If neither player reaches the goal position by the time 120 moves have been made by each player, the score is calculated as the difference between the number of moves each player would need to reach the goal position, as if the board were clear of opposing pieces.