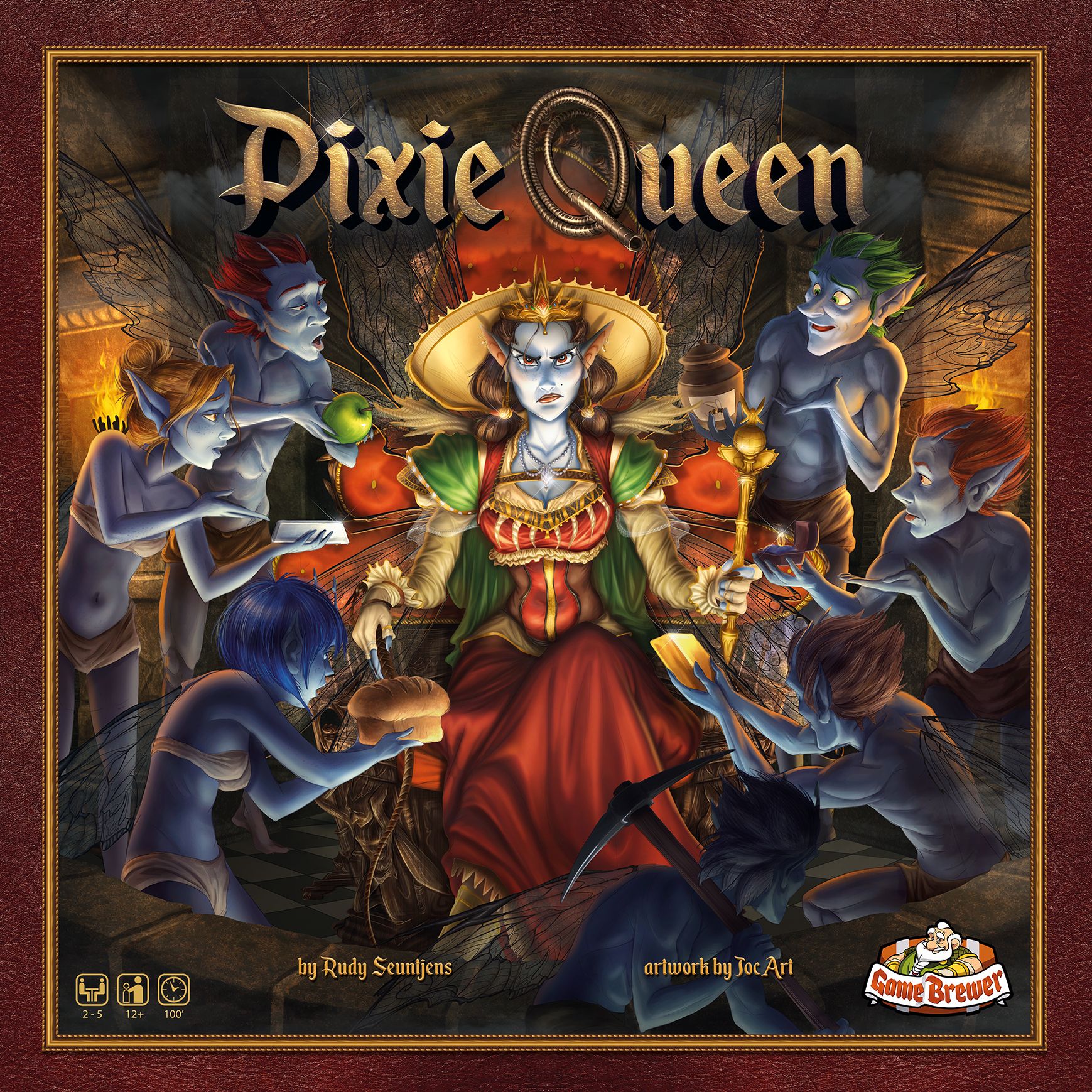 Pixie Queen is a smoothly playing worker-placement game about a pixie queen who rules over her subordinates like a true tyrant. The legend tells of pixies being small, flying, naughty creatures often spotted in the area of Cornwall and Devon in the UK. Apart from the stealing, bullying and torturing, they are considered a big nuisance to the human inhabitants of the region. According to the game, they are obliged to do so by their pixie queen…

The player with the fewest points wins since the only points one can earn (or avoid) during the game are penalty points. Reward points are given out only at the end of the game, and you can receive rewards by charming the Queen with a golden ring, making additional offerings during the game, or promoting your pixies to faithful servants of the Queen. Obtaining each reward demands completely different game tactics.

In summary, the game consists of a maximum of seven rounds with five phases each:

Steal food (honey, apples, bread) in Truro, the nearest human village.
Perform actions with your four action disks to maximize your profits and gain more goods. There is a choice of no less than 21 different actions. For most actions, two action disks are needed unless you can enlist the help of a pixie.
Offer simultaneously with all other players gold, silver or food to the Queen. She only accepts the food for which she has a craving in this round.
Receive possible rewards: Promote pixies to become a faithful servant or get a better trading position to obtain gold or golden rings.
Penalty points are given to the pixies that didn’t achieve enough according to the Queen.