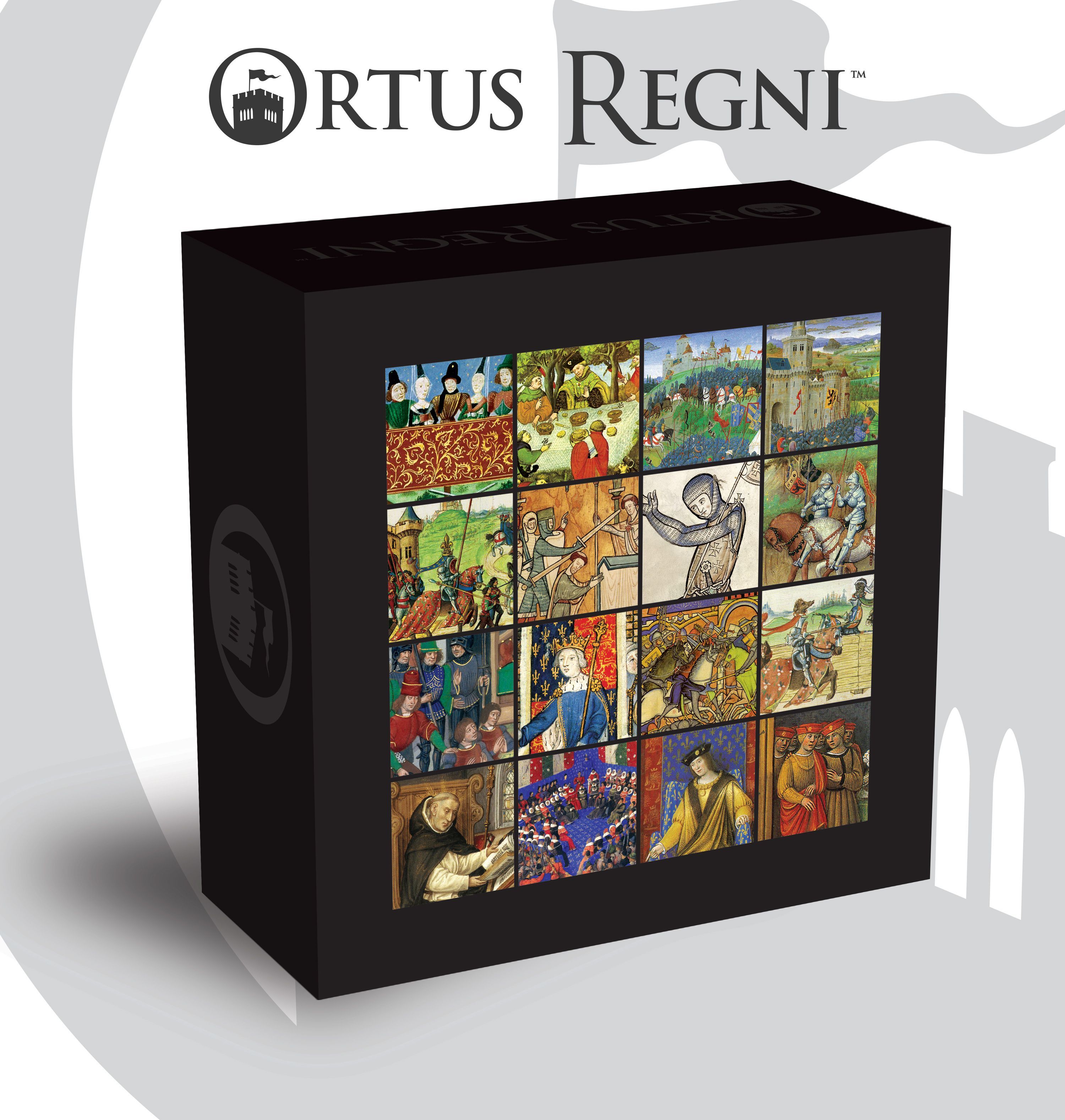 Ortus Regni is a novel card game inspired by the late Anglo-Saxon period of English history. A time of warring Earls, claiming whatever lands they could… establishing fiefs, cultivating powerful vassals, fighting and engaging in endless political struggles — all while Vikings roamed not just the sea, but the land. It is truly a Dark Age. Or is it? Lasting for 600 years, until the Norman Conquest of 1066, this era decided the future of a great kingdom that would become England.

Designing your Earl Deck before play begins is one of the key features of the game. Ortus Regni is a deck-design game, rather than a deck-building game — that is, you are entirely in control of the deck that you will begin play with in a game of Ortus Regni. Several canonical Ortus Regni deck design concepts exist — such as a Lord deck, an Army (Land) deck, a Politics deck, or an Emissary (Monk) deck, and more — but such concepts are only the start of your design options. The Earl Deck you put together can be a subtle hybrid of several concepts, or something entirely different and unusual.

Your opponents in Ortus Regni will have access to exactly the same suite of cards that you do when they design their own Earl Decks for game play. So it all comes down to your choices and your strategies! There is also tactical space during a game to zig and zag, even if you find yourself against an Earl Deck design that you did not anticipate. You might pull out an unexpected win nonetheless if you play your deck well.