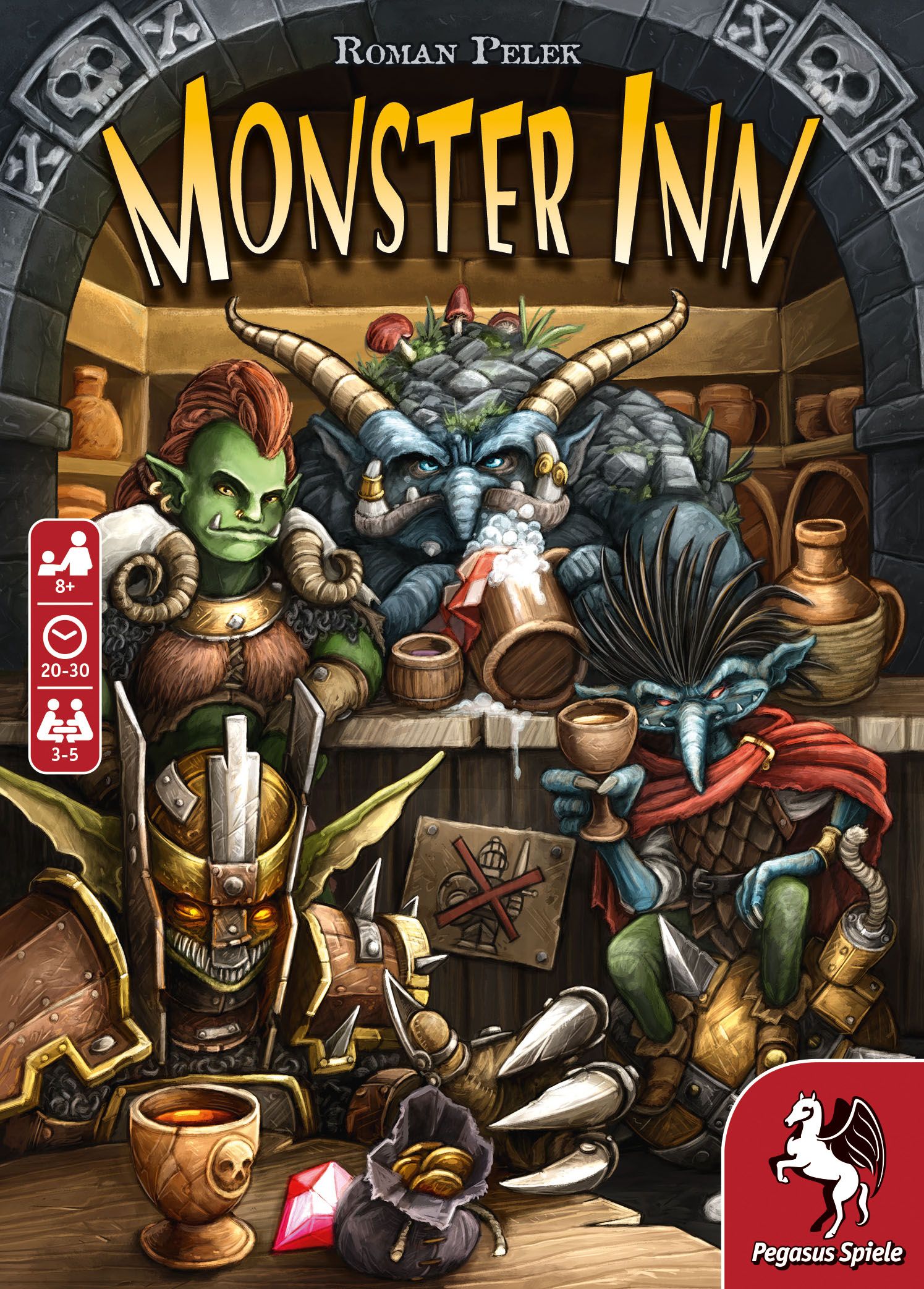 Good staff is hard to find, especially at a Monster Inn. As dungeon masters, you’ll need to look around the local tavern for battle-hardened monsters for your dark dungeon. But the other dungeon masters in your neighbourhood had the same idea, kicking off a fierce bidding competition for the best monsters! If you’re not careful, not only will you get the weakest monsters, but you’ll also get one of the nasty humans lurking around the tavern.

In Monster Inn, creature cards of varying value with monsters and humans are revealed in each round. Players want to hire the most powerful monsters and send the nasty little humans to their competitors. Each round players will bid on the cards with gold coins or gems. But the humans are always auctioned off first, and those who can’t or don’t want to bid any longer take the current pool of treasures and the card that is currently being bid on. Who will be the cleverest and fill their own dungeon with powerful monsters that will defeat the humanoid intruders?