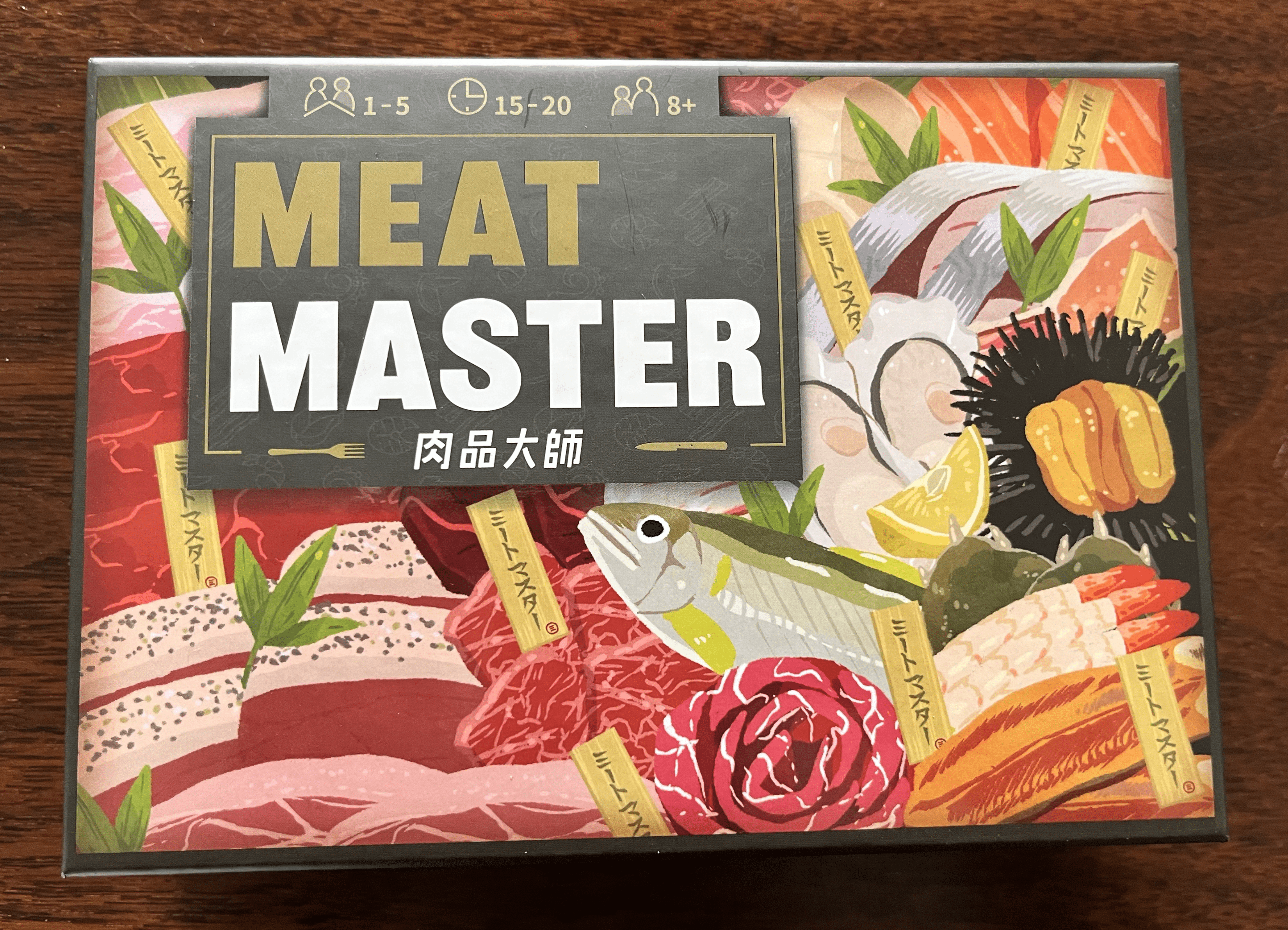 Meat Master is a quick and educational card game for those who love meat. There are 60 different meat cards in the game, with a picture and name on the front and some facts on the meat on the back (e.g. how many carbs it contains). At the start of the game every player receives 3 cards. You may only see the front of the cards, the facts side will be facing your opponents. Divide the remaining meat cards in half to make two face up decks. There are 12 theme cards in the game with assignments on what what requirements the meat must meet. Shuffle the theme cards and place 3 face up for everyone to see. The start player picks one of these cards to be active that round. Starting with the start player and going clockwise everyone plays one of their meat cards (picture side up). Choosing the card they think best matches the requirements of the theme card this round. Since everyone sees the facts on other players cards, but not their own, players may negotiate or advice each other on which card to choose. Lying is allowed. When everyone has put down their card, turn over all played cards and check whose card matches the theme best. That player wins the theme card and a new theme card is put in its place. Played meat cards are discarded. The game resumes with the next player clockwise being the new start player. All players pick a new meat card from one of the two open decks, beginning with the new start player. The first player who collects 3 theme cards is the winner and receives the title of Meat Master.

The more you play the game the more you’ll learn on meat. The data on the meat cards is based on the Standard Tables of Food Composition published by the Japanese Ministry of Education, Culture, Sports, Science and Technology.