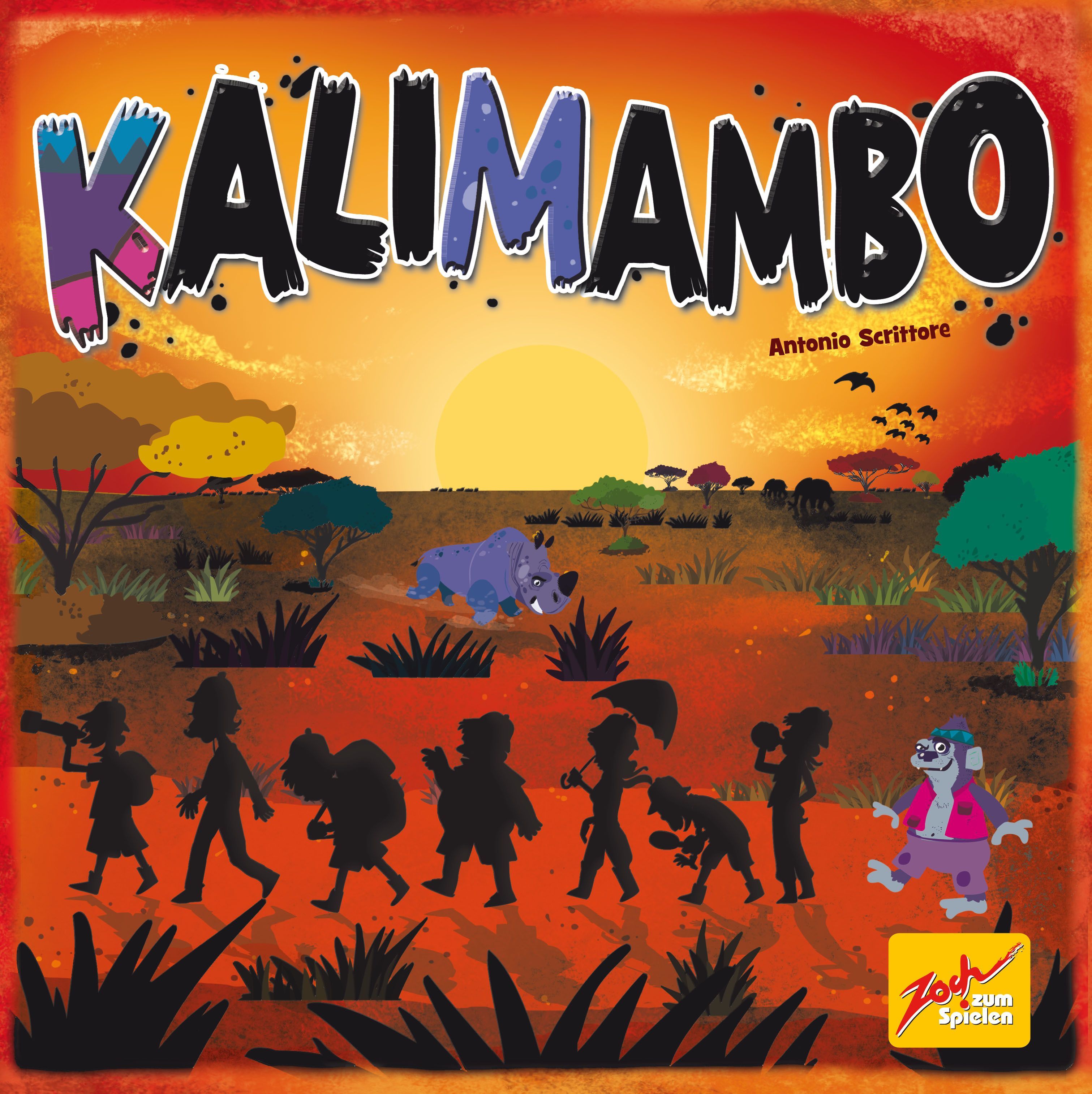 In Kalimambo, players are amateur explorers in Africa, excited about the discovery of a new species, one of whose members – dubbed “Kali” by the explorers – playfully runs amongst the group as it crosses the savannah. Unbeknownst to the group, Kali’s rhinoceros friend Mambo is eager to bump the group along to keep it moving, possibly pushing an explorer or two into the dung heaps that dot the land. Can you avoid getting a faceful of feces and being bumped by Mambo?

To set up the game, one player places Mambo on a space on the track that circles the game board, then all of the explorer tokens placed in random order in front of it, then Kali placed at the head of the line. Place the dung heaps along the movement track with some space between them. Each player takes a set of movement cards that match the color of her explorer.

Each player secretly chooses a movement card, then they reveal these cards simultaneously; someone also reveals the top movement card from Kali’s deck. Whichever player has played the highest card moves her explorer token to the first unoccupied space in front of the group, then the player with the next highest card moves her token, and so on. If two or more players reveal the same number, only the one farthest back in the group moves; all other such explorers remain where they started the round. (Kali moves like an explorer. If you play a zero or are at the front of the group when you are supposed to move, you don’t move.)

If a player’s token lands on a dung heap, she scores three penalty points. If Kali lands in the dung, the player(s) who played the lowest number that round take the penalty instead of Kali.

Whenever Kali or an explorer token leave the space immediately in front of Mambo, the rhino charges, moving until it rams into the token in back of the line and giving that player as many penalty points as the number of spaces Mambo ran. If Mambo rams Kali, then as with the Kali/dung interaction, the player(s) who played the lowest number take the penalty points instead of Kali.

Remove those played movement cards from the game. After twelve rounds – that is, after the final cards have been played and resolved, the game ends and the player with the fewest points wins.