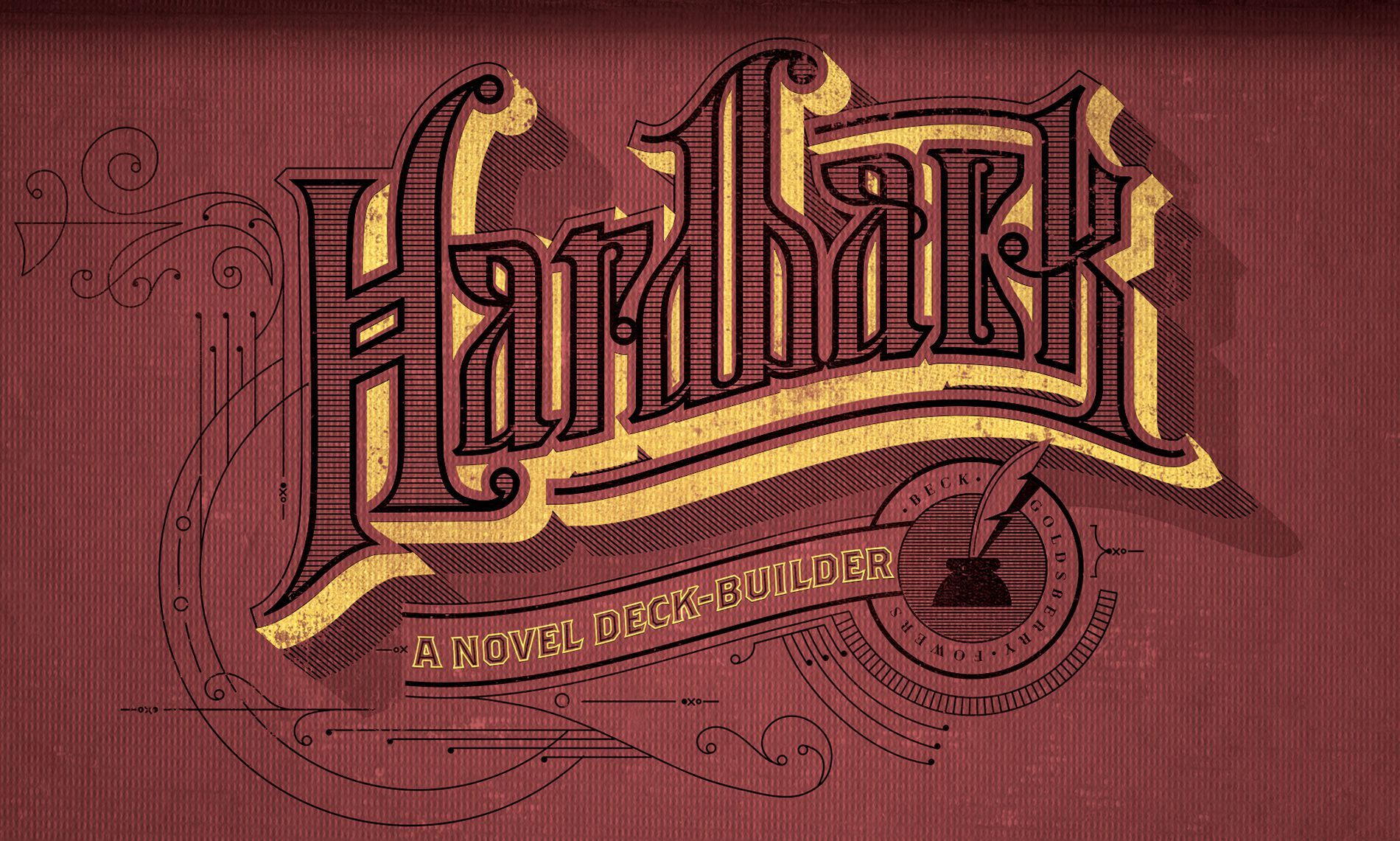 Hardback is a deck-building word game, a prequel to Paperback. As an aspiring 19th-century novelist, you work to pen your next masterpiece, earning prestige along the way. Specialize your deck in certain genres to exploit card combinations, and press your luck to draw extra cards — but make sure you can still string a word together!

Players build a deck of letters with various powers and race to 60 fame points to win. Some of the features:

No wilds in your deck – any card can be wild.
Push your luck for more cards with the Ink system.
Match genre colors to gain bonus abilities on your cards.
Fight over the coveted Endorsement cards.
New Persistent cards stay in play, until someone uses them!

In addition to the competitive race mode for 2-5 players, the base game includes several variant rules, including Literary Awards, Adverts, Player Powers, and Events; and a co-op mode for 1-4 players, in which players join forces against one of four simulated opponents, each of which is proficient in a different deck genre.