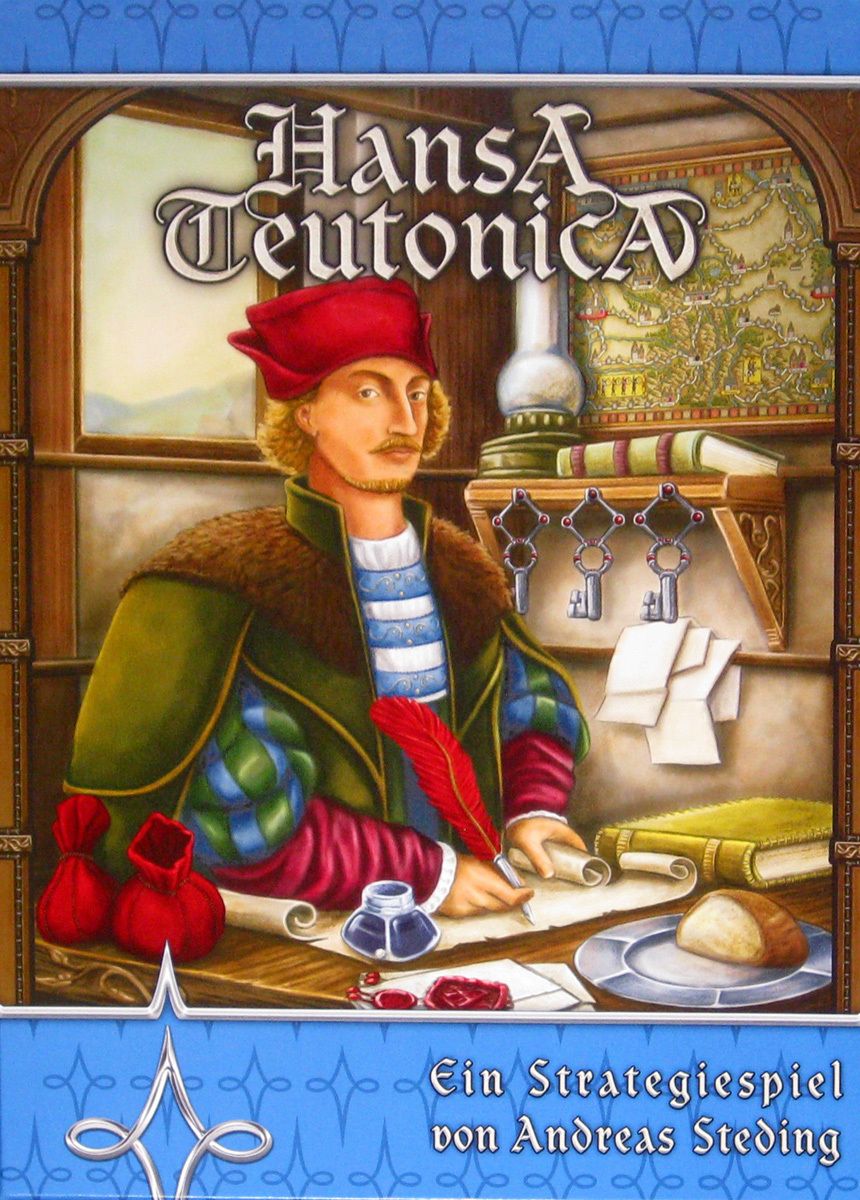 The players act as traders trying to get victory points for building a network of offices, controlling cities, collecting bonus markers, or when other traders use the cities they control. After controlling a line between two cities with your pawns, you can decide to build an office (and maybe also establish control and/or get a bonus marker) or to get a skill improvement from some of the cities.

Players have to improve their traders’ “skills” for the following effects: getting more VP from offices in their network, getting more available action points, increasing the number of available pawns, and getting the right to place pawns and get more special pawns.

This game appeared originally as Wettstreit der Händler at the Hippodice competition.