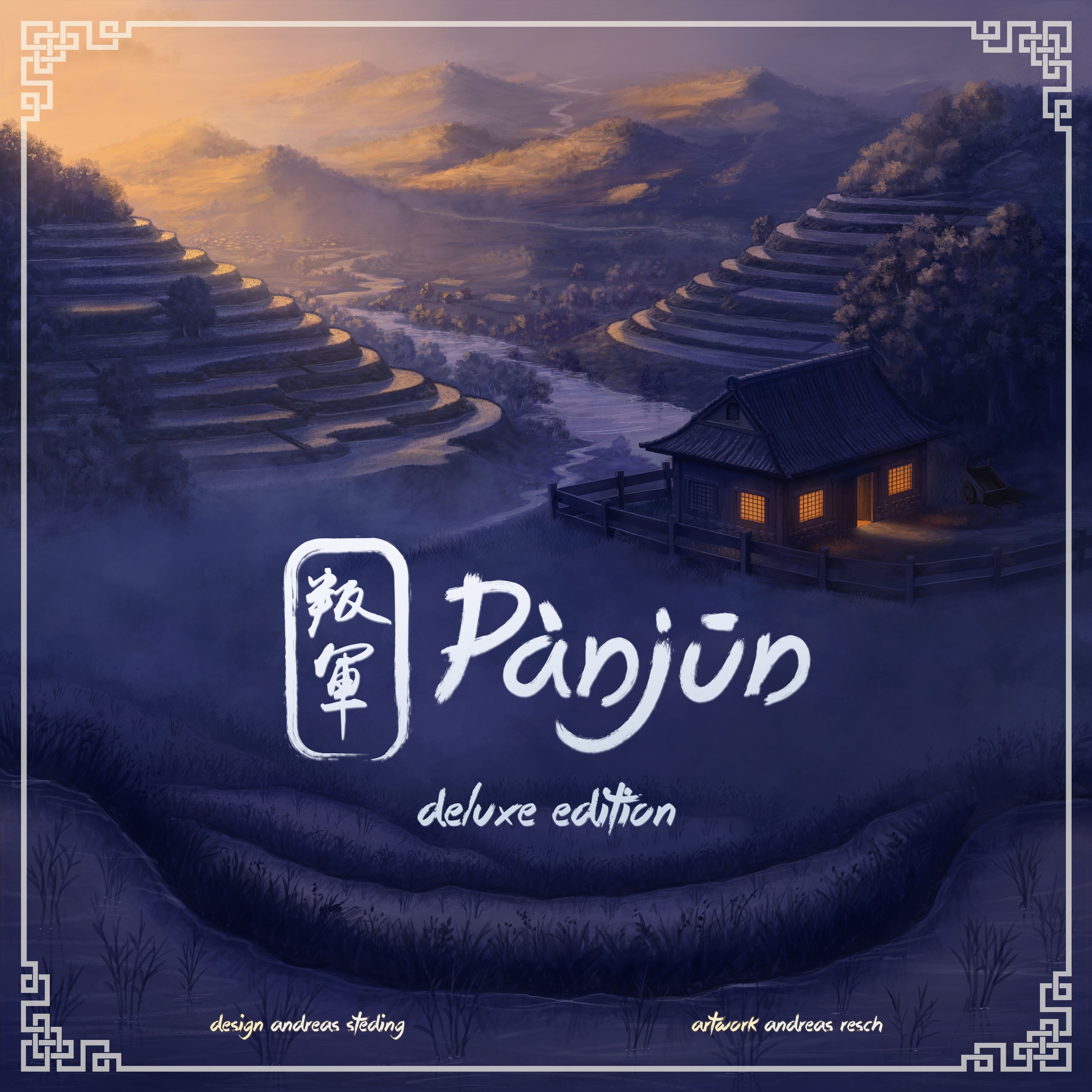 GùgÅng: PànjÅ«n is an expansion for the critically acclaimed GùgÅng. The 4 different modules can be combined however players wish to, guaranteeing a lot of variety and replayability. The 4 modules are:

The Summer Palace: Players travel to the Summer Palace of the Emperor, where they can obtain extra servants, Jade, and even the services of the mysterious Court Ladies… Players will have to score majorities in order to obtain these bonuses, but will also be able to manipulate the results by exchanging specific Gifts with the officials, as word has it the Emperor is collecting a very particular type of Gift.
The Peasants Revolt: During the Ming Dynasty, peasants revolts were common. Although the Ming Dynasty itself came to power through a peasant revolt, this did not mean that the rulers had any more empathy for the peasants than the previous rulers. Players will gain a lot of support from the peasants in this expansion, but if pushed too far, players will have to work together to avoid their wrath.
The Palace Stairs: Moving your Envoy towards the Emperor will not be without consequences with this expansion module. Players will be able to choose a longer or shorter path leading towards the Palace of Heavenly Purity. The shorter path will require some achievements, the long path will earn players rewards at first, but when they get close to the Palace, they will have to pay certain taxes or risk seeing their Envoy take steps back.
Extra Decrees and Gift Cards: Spice up your game with new Decrees and special kinds of Gift Cards, like the lamp and jade knives, which will add even more variety to your game of GùgÅng!