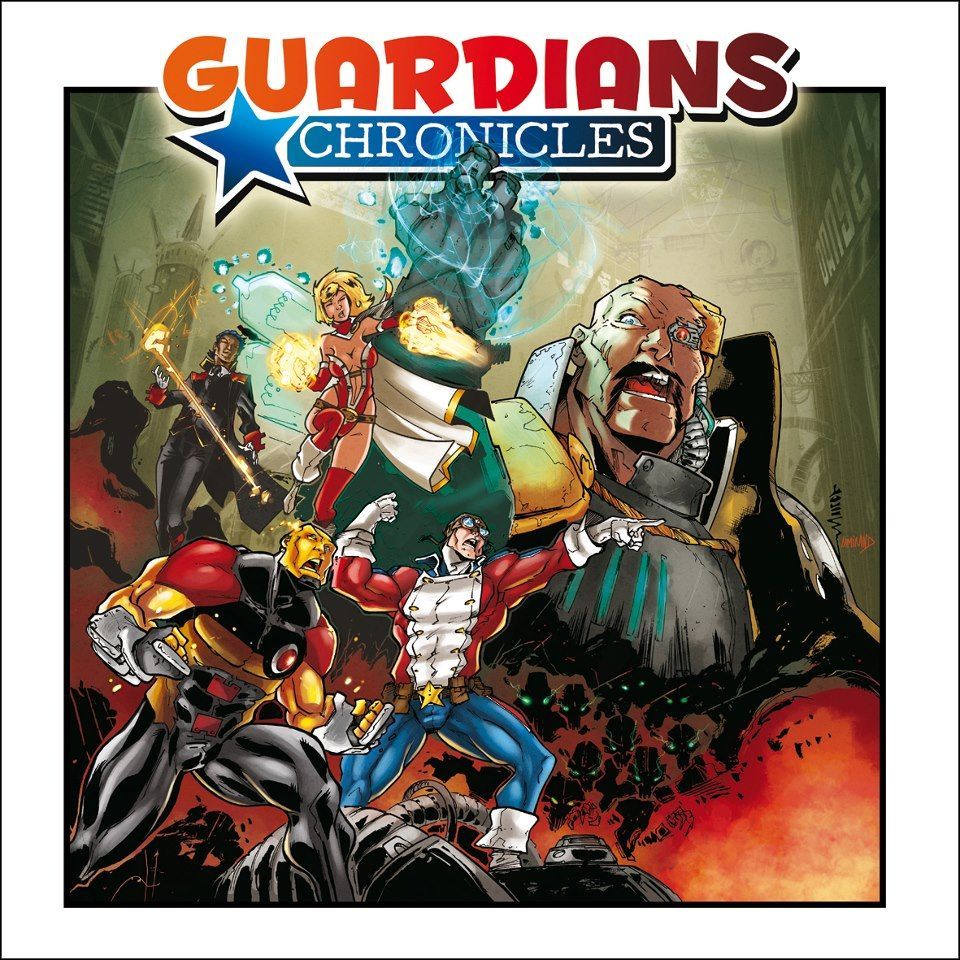 Guardians Chronicles is a superhero-themed miniatures game in which you play as one of the members of the Liberty Patrol or as the group’s archnemesis, Professor Skarov.

To set up, the Skarov player arranges the nine double-sided game board tiles into a 3×3 grid, with his control room in the center space. Each player takes her character sheet, miniature and 7-10 action cards. These characters enter the grid on one of the side tiles and need to advance around the square – confronting minions and traps along the way – in order to achieve whatever objectives are in place for this game, such as thwarting a nuclear missile attack.

Professor Skarov then receives a number of action points based partially on the heroes’ actions, and he uses these to activate himself, his minions, or his robots, with these figures also performing move, attack, or special power actions.

As the players complete (or fail to complete) objectives, the newspapers report on who did what, and the sum of those reports determine who comes out on top.