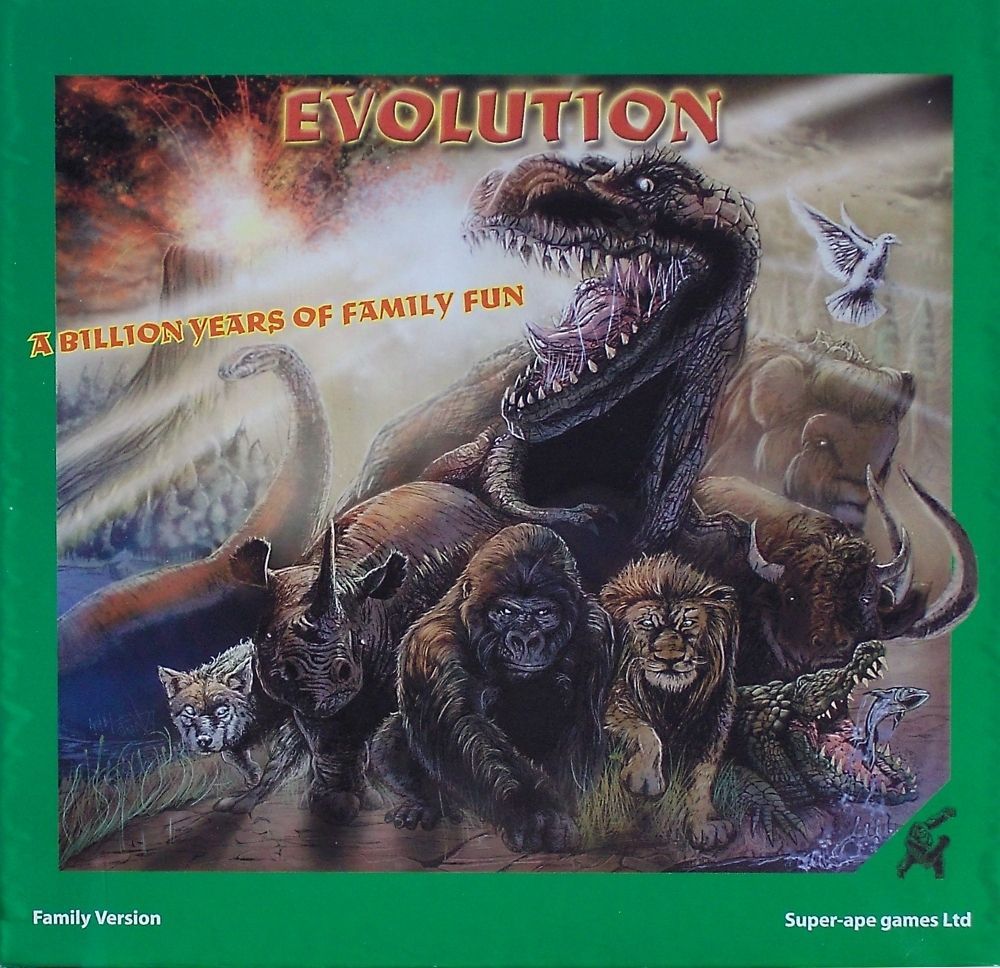 Evolution is a card/tile laying race game , ideal for families but also suitable for young at heart players of all ages. Players must lay a path of eras (cards) in chronological order, outwards from their edge of the board. The objective is to be first to advance your playing piece onto the end era of your own path. Cards are drawn from a main pack which contains eras cards . Play actions are determined by what symbol shows when the die is thrown. The three symbols are era ( reveal an era) , thunderbolt ( take a thunderbolt card) and eruption ( move or or erupt volcanoes on an opponents path). Thunderbolt cards are not laid but trigger various natural calamity and more benign events. Each era card is an aerial view associated with a particular evolutionary period. Each era card has various sites to be negotiated including rocks,waterholes, swamps, volcanoes, rising seas and ravines. Different sites have different levels of risk (hazardous areas). Certain thunderbolts can penalize players whose paths have cards that contain hazardous areas. Players interact by contesting some or each era card by a bidding using tokens. A neat (new) rule limit player’s from bidding excessively because tokens are lost by the winning bidder depending on the bid difference between his and the next highest bid. A player who wins an era card may be include it in any path. He may for example, include a card with a risky site in an opponent’s path. Each player now has his own cone (volcano) which can be moved to create an obstacle for an opponent’s playing piece and can cause an eruption on an opponent path. An eruption can be used to force an opponents playing piece back . The first player who survives his turn with his path complete ( 6 era cards ), holding at least one token and with his piece on his end ( sixth) era card wins the game.