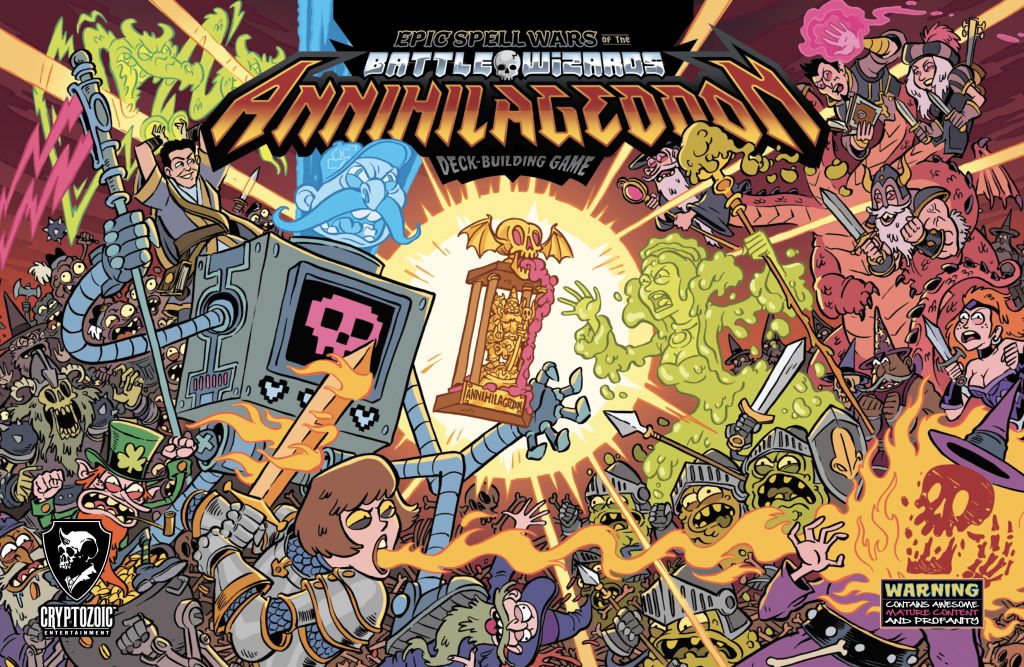 Revisit the world of Epic Spell Wars. Mercilessly attack your foes and kill them over, and over, ah-and over! Take advantage of your wizard’s special ability tile and familiar card that only you can buy!

Mayhem Events, Familiars, Past Champions, Wizards, Spells, Creatures, Treasure, and Wild Magic. It all adds up to an Epic Spell Wars experience unlike anything you’ve seen before. And fans of the series have seen a lot. Yeesh.