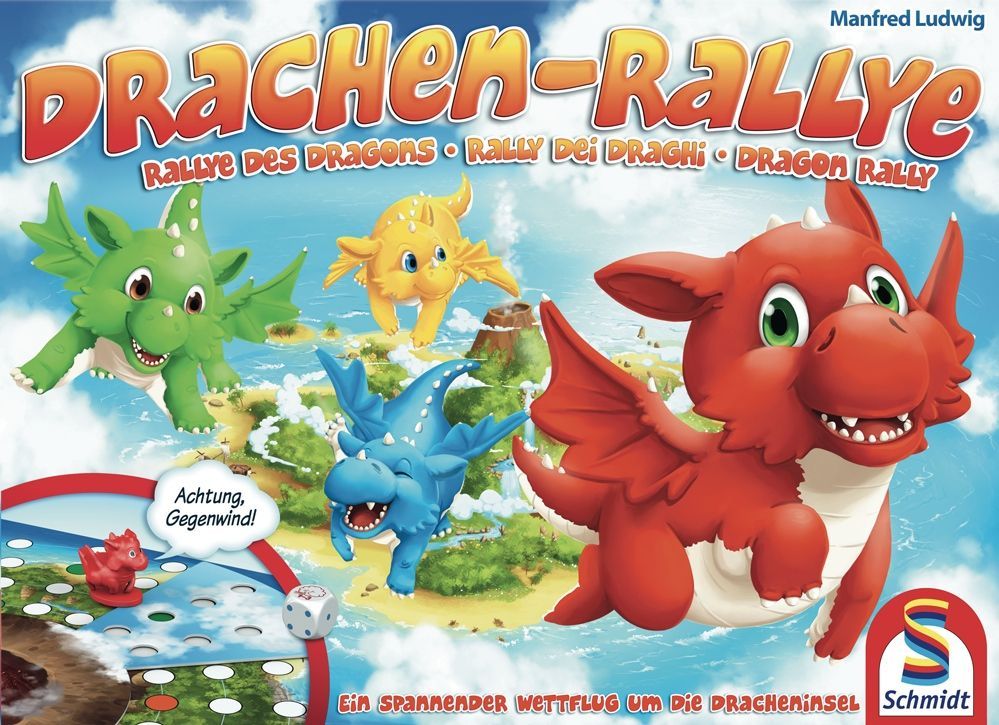 To set up the game board, place the dragons on their start spaces, then assemble the windmill-like second board and place it on the first game board with one of the arms of the windmill directly behind the dragons.

On a turn, you first roll a die. If you roll a number, you move your dragon clockwise exactly this many spaces; if you land on a green space, you then move forward two spaces, and if on a red space, you move back two spaces. If you roll a tailwind, you turn the windmill clockwise 1-3 spaces, pushing any dragons sitting at the front of that wind or riding on the clouds; if you roll a headwind, you turn it 1-3 spaces counterclockwise. (Once you’ve played a few times, you can use a second die that allows you to choose headwind or tailwind as you like, in addition to the distance that you move.)

The first player to circle the island and land on or pass its starting space wins!