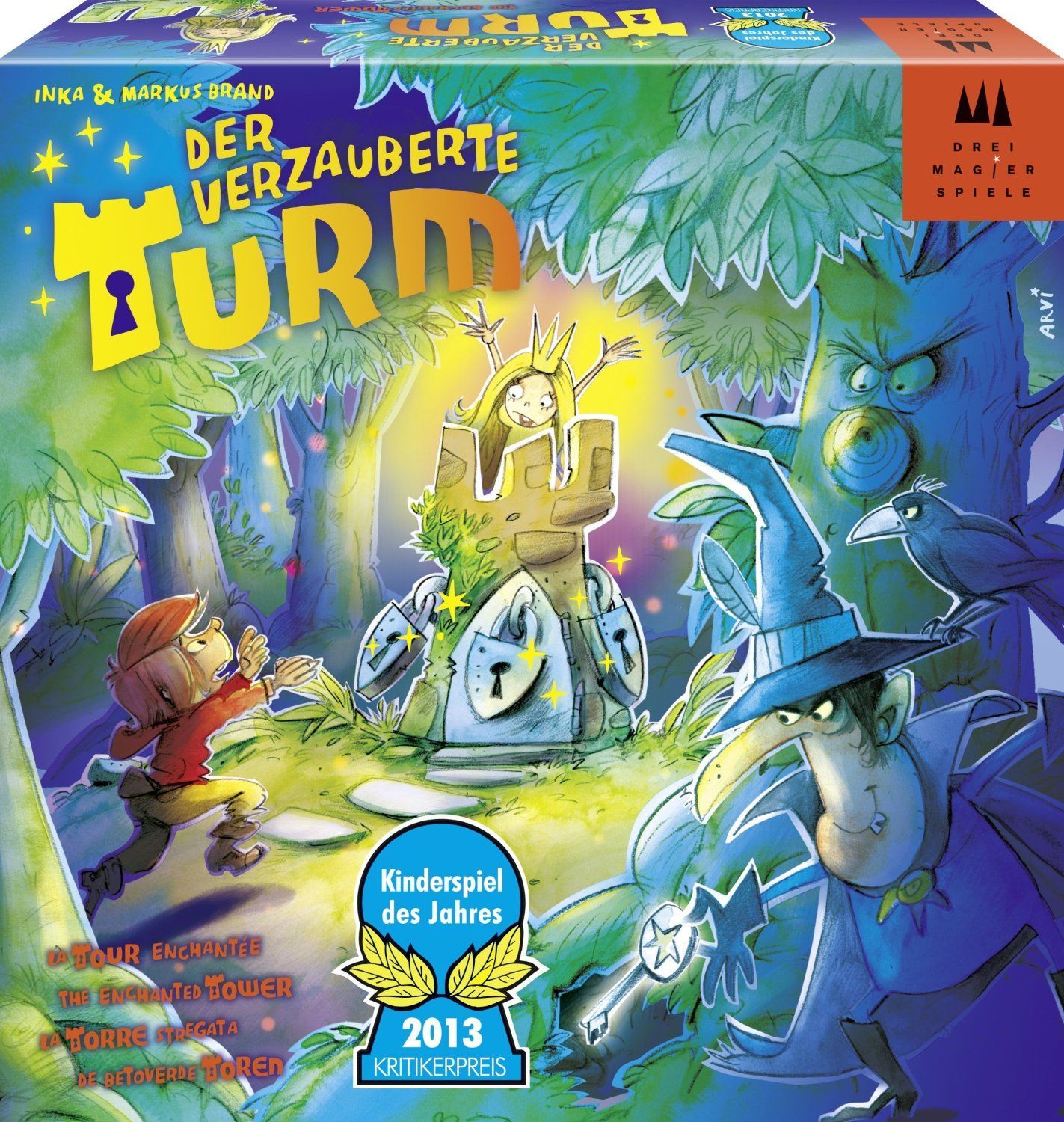 Ack, the princess has been captured once again by an evil sorcerer! She should really stop hanging about in places where she can be captured so easily. Well, that’s neither here nor there for now – let’s get out there and free her from the enchanted tower.

In Der verzauberte Turm, one player plays the sorcerer and at the start of the game he hides a key under one of 16 spaces on the game board. The other players collectively take the part of Robin, who tries to find the key before the sorcerer can reach it. No matter who finds the key first, though, that player gets to try the key in one of the six locks on the tower; if he chooses the right one, the princess jumps free of the tower and that player wins. If not, the sorcerer hides the key once again, and everyone moves back to their starting locations.

The sorcerer starts the game on a supplementary movement board that takes him eight spaces to cover, giving Robin time to search various locations first for the key. (Robin and the sorceror are apparently magnetized, and when the character passes over the key location, the key will “clack” to its underside.) How do the pieces move? Each turn the sorcerer rolls a symbol die that shows which character moves first that turn; the Robin players take turns rolling a number die, which has values for both Robin and the sorcerer. Thus, they jockey back and forth to reach a location that only the sorcerer knows. Will the princess find freedom once again, at least for a little while?