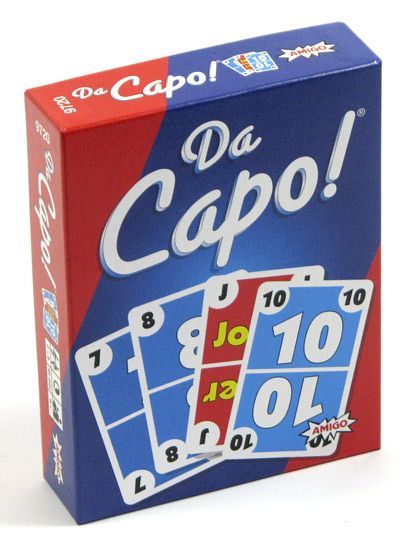 Played with a giant deck of 150 cards numbered 1-10 and 18 joker cards.
Players have individual card stacks of which only the top card is open. The goal of the game is to get rid of one’s entire stack first. This is achieved by putting cards down on stacks in the middle of the table. Those stacks have to be in numerical order, starting with 1 and finishing with 10 (there are Joker cards to fill gaps). The players also have their own individual stacks on which they can put open cards for later use.

Republished by Amigo in 2009 under the name Da Capo, with only 15 Jokers included (and with a new design).