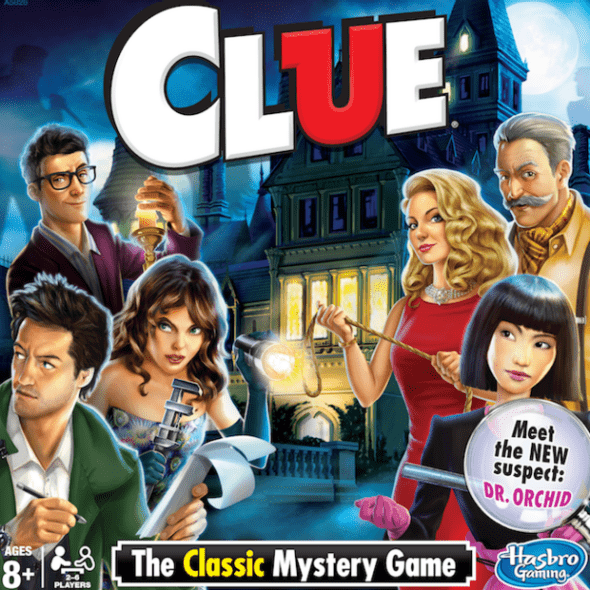 Clue/do is a murder mystery game. The aim is to find out who committed the murder, which weapon they used, and where in the mansion they did it. How do you solve the case? By careful questioning of your fellow players you can deduce which information is concealed in the crime envelope. The trick is to be clever with your questioning… Everyone develops their own system!
This version of the game plays faster than older versions of Clue, with the help of bigger spaces on the board, special Red Cards, and a new layout of the mansion so you can walk between rooms. The bedroom has an ensuite, and you can wander from the kitchen straight into the dining room.

All new artwork brings this classic murder mystery to life, with a high level of detail.

Note: In this version of Clue, when playing with the 2-player/Team rules: before you deal the black Clue cards to the players, you take the top four black CLUE cards from the deck and place them face down in a row at the side of the board. When the other player/team cannot answer your question, you get to secretly look at one of the four cards at the side of the board.

You also don’t use the Red Bonus cards in a 2-player/Team game.