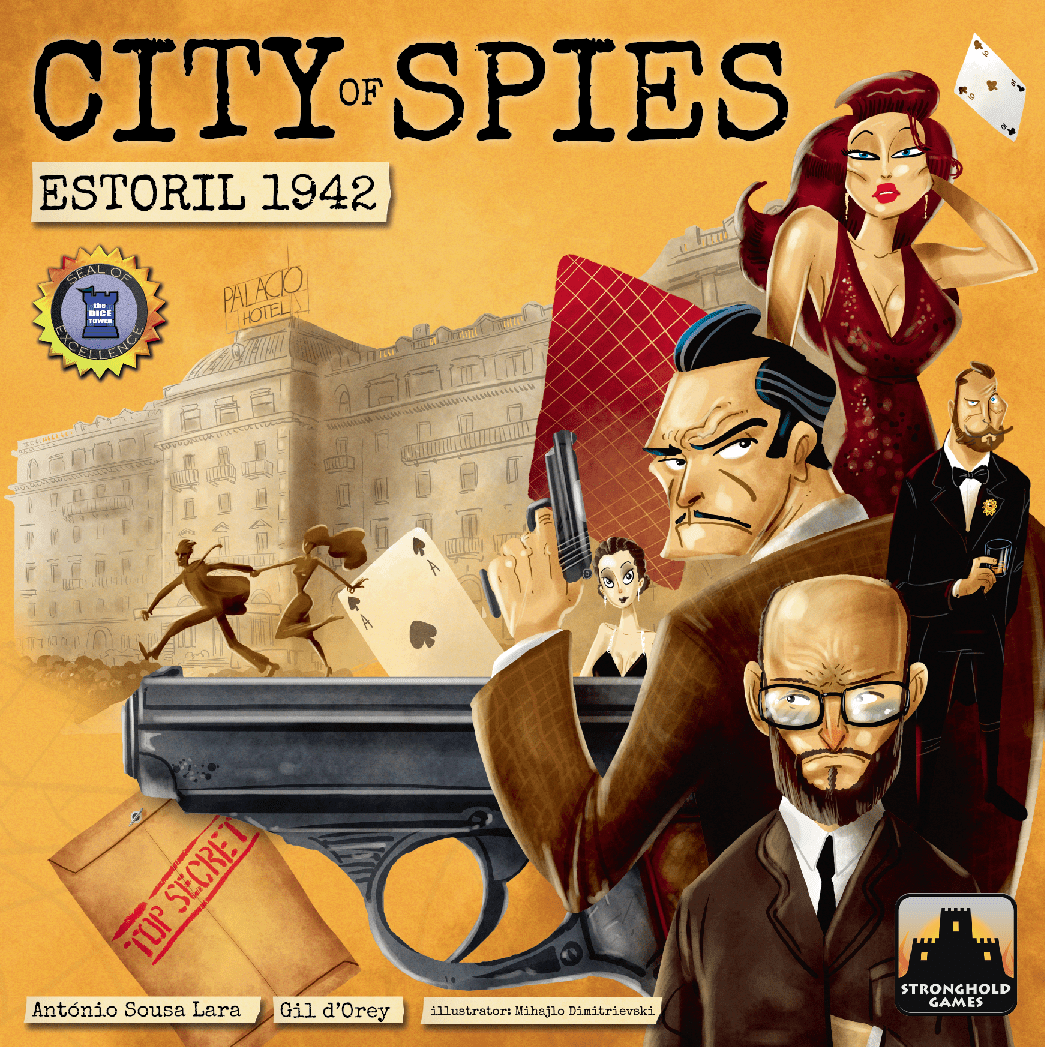 Estoril is small town near Lisbon, Portugal. Having a casino, beach and wonderful weather, the region was a center of diplomacy — and spying — during World War II.

In City Of Spies: Estoril 1942, players are competing against each other to form the most powerful and influential secret organization of spies. Based on historical facts, the game takes place on famous locations in Estoril.

Six locations are randomly selected to be used for the first round, such as casinos, hotels, beaches, etc. Control of these will be fought over in each of the four rounds of the game. Special Agents are then placed on each location as the reward for who have the most influence on that location.

Players begin the game with the same hand of Agents (tiles) and will take turns placing these tiles in the open spaces of the various locations on the board. At the end of each round players check each location to see which player gains the reward for that location.

At the end of the fourth round, players will total up the points of their Agents plus any special game objective they might have completed. Whoever has the most points wins.